Motherwell and Aberdeen meet for the first time this season at Pittodrie on Sunday.

Both teams have returned to Scotland with Europa League victories to boost morale.  Motherwell moved into the next round after a tortuous evening in Coleraine while Aberdeen returned from Norway with a comfortable win over Viking FK of Stavanger. 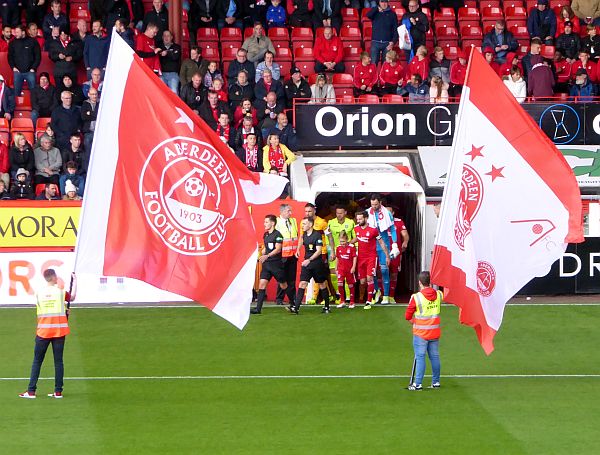 Allan Campbell had to end his involvement after 90 minutes at The Showgrounds and there will be some concern in the Motherwell camp about his availability for Sunday.

Stephen Robinson will take some comfort from seeing his strikers hit the net.  Callum Lang and Tony Watt provided the two goal half-time lead but the concession of two second half penalties following clumsy defence from Mark O'Hara and Bevis Mugabi will give concern.

Trevor Carson grabbed the headlines with his penalty shootout shutout but he will face a tough test on Sunday.

Robbie Crawford was added to the squad on Friday and it may be that he gets some game time to add to the 30 minutes he has logged for Livingston this season.

Aberdeen will hope to record a seventh straight win on Sunday.  They have conceded only once in this winning streak.  It is no surprise that they are clear favourites.  Motherwell can be backed at almost 4/1.

The visitors have an outside chance of recording three wins in a row but a realist must expect a home win, 2-0.

Remember our last trip to Pittodrie?