Next up - big game at Tannadice

Motherwell travel to face Dundee United on Saturday in need of a result to keep hope of European qualification alive.

In the three runner race for the bonus that comes with fourth and fifth place in the final league table Motherwell have to visit both rivals on consecutive weekends.  If any progress is to be made, points have to be taken from Tannadice and Victoria Park (for the first time this season). 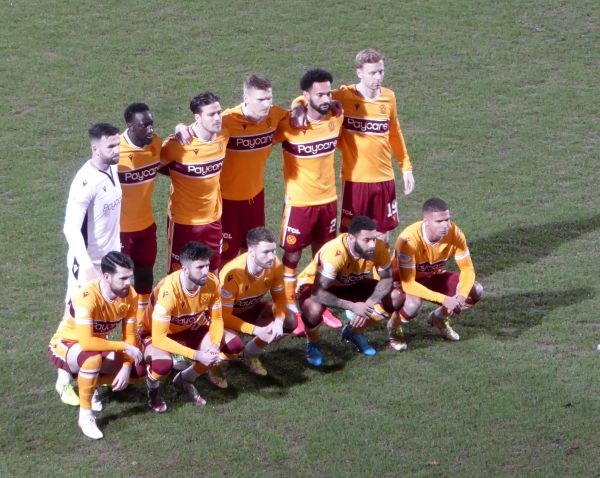 By universal acclaim Motherwell hit a low point with the shocking second half performance against ten men Rangers in the first of the top six fixtures. Favourable results elsewhere protected their standing but a drastic change in attitude is needed if a challenge is to be made.

Without the suspended Kevin Van Veen Motherwell were short of an attacking lead yet Ross Tierney was able to pop up to score from the centre of the Rangers defence.  The midfielder will hope for another start.

As for the 'Well defence, there could well be another dip into the lucky bag for a back four selection.

Dundee United have won only once in the league since they beat Motherwell in early February but they hold a vital one point advantage over Saturday's visitors.  They have made a habit lately of losing points from winning positions.

The elephant in the room comes in the shape of Tony Watt.  He scored ten for Motherwell in the first half of the season but since switching to Tannadice he has found the net only once in fourteen appearances against his former club.

‘Well fans will travel in the certain knowledge that he’ll be on the score sheet again.  In that case a leveller will be needed for a 1-1 draw.

Remember the last trip to Tannadice?