Motherwell can achieve three wins in a row with success at Parkhead on Saturday.  Can we overcome shaky Celtic?

Although Motherwell remain perilously close to the play-off place Wednesday’s win against Dundee United, on the back of the previous week’s success in Dingwall, will have eased the growing pressure inside Fir Park.

The change of fortune that arrived with Graham Alexander has produced a relatively healthy DDLWW string of results to offer hope to ‘Well fans after a horrible 2020. 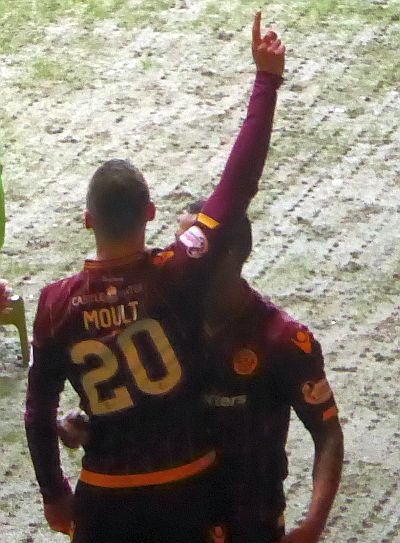 Devante Cole, Tony Watt and Chris Long have developed a workable rhythm and the team has found the net in every game under the new manager.  If that goal scoring pattern can be stretched through the weekend we may not leave Parkhead empty handed.

Liam Polworth was suspended for the game with Dundee United but Barry Maguire will have a strong claim for the midfield place following his strong performance.

Celtic have fallen well short of expectation in recent games.  They have won only two of the seven outings since the turn of the year and any hope of winning the championship has gone.  Their rebuilding is likely to be grow around David Turnbull, a graduate of Motherwell’s youth system and one fondly remembered at Fir Park.  Let’s hope he has a dip in form on Saturday.

Motherwell’s record at Celtic Park gives little room for optimism.  We have to return to a Louis Moult double in December 2015 to find the last positive result.  Maybe it’s time for a draw, 1-1.