Next up - Dundee United

Dundee United will visit Fir Park on Saturday as Motherwell look to deliver some of the promise that was absent in Dingwall on Monday.

Stephen Robinson has built a good looking squad over these last troublesome months but the greater choice in team selection that it offers brings its own problem.  What is the best eleven?  And in what positions? 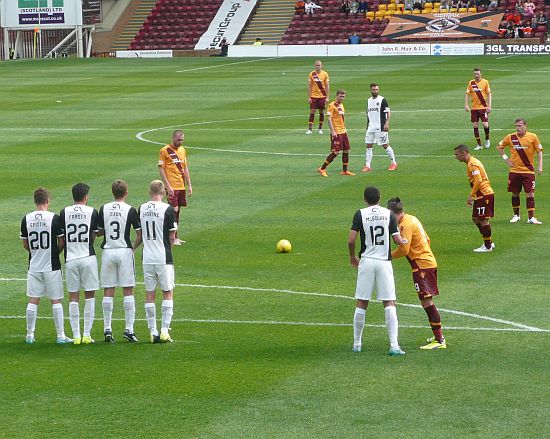 There were a few raised eyebrows when David Turnbull spent the first half on the flank. He looked more comfortable after the break in his familiar central position.

There will be at least one change as Callum Lang was given marching orders late in the game.  Tony Watt and Jordan White will be hoping for the call.  Allan Campbell will surely get his season off to a start on home turf.

Motherwell last faced Dundee United in March 2016 when goals from Marvin Johnson and Louis Moult delivered the win after Henry Anier had opened for the visitors.

Micky Mellon will be in the away dugout for the first time as United’s mamager.  His side got a point against the ten men of St Johnstone on their return to the Premiership.  Nicky Clark scored early from the penalty spot but a second but a second half equaliser from Liam Craig cancelled the lead.

The core of the Championship side survived the modest changes in personnel at Tannadice.  Lawrence Shankland remains to test himself in the top flight and he will well watched by the Motherwell defence.

If Motherwell are to come anywhere near the levels set last season nothing but three points will be expected against the newly promoted visitors.  2-0 will do nicely.