Motherwell will visit New Douglas Park on Saturday for the fourth meeting of the season with Hamilton.  We have a nine point advantage; can we make it a round dozen by close of play?

Snow caused the postponement of Hamilton’s game last weekend and they now have a couple of games in hand.  Since we knocked them out of the cup in January they lost four in the league before breaking their 2018 duck with Templeton’s last minute goal against Partick Thistle 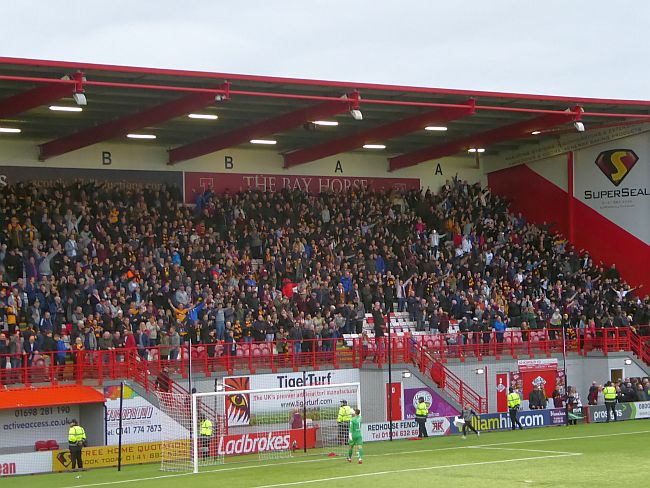 Imrie and Sarris crossed the yellow card threshold against Thistle and both will be suspended for Saturday’s game.  Martin Canning has indicated that Crawford and MacKinnon are not yet ready to return and they will miss this weekend’s derby.

Stephen Robinson will have to ensure that his players have come down to earth after the joyous cup win on Sunday.  A reminder that they will be on the infamous plastic pitch should dispel thoughts of the forthcoming trip to Hampden.

Motherwell have started with the same eleven in the last couple of matches and it would not be a surprise to see the winning team given an opportunity for a hat-trick.  Any alteration might see the inclusion of Bowman as Ciftci has yet to cement his place in the team.

Accies will miss a few regulars but we can expect a fighting performance from the young replacements eager to show their worth.  They will be at home on the synthetic surface and the visitors will have to match their enthusiasm.  But surely the better side will win the day, 2-0.

Remember our last meeting with Accies?