Next up - Hamilton at Fir Park

Motherwell and Hamilton meet on Saturday for the first closed-door Lanarkshire derby.  Try as they might, it won’t be the same.

This local rivalry compares poorly when set against that experienced in big cities but there is an edge to these meetings across the Clyde divide.  Much of that will be lost in a game without spectators.

The neighbours will be desperate to record a first win of the season.  Motherwell have drawn two and lost two while Hamilton, having played one less, have yet to earn a point. 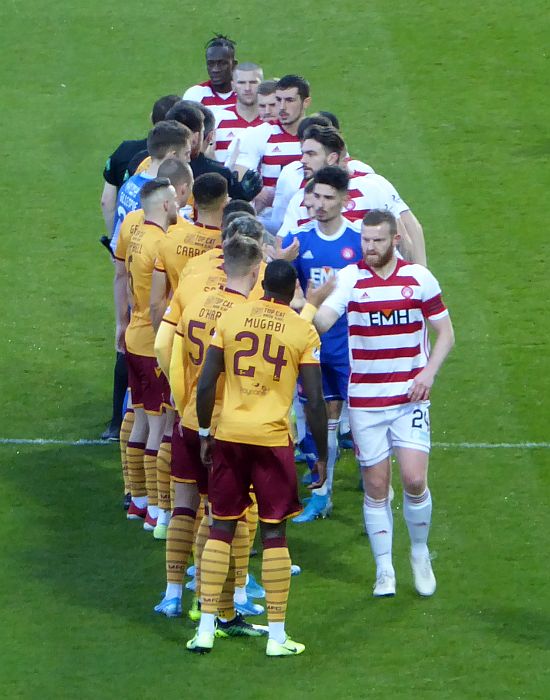 Last season’s meetings did not reflect the gap between the teams evident in the league standings but produced an equal share of the spoils.  The teams last met in February in a goalless encounter at New Douglas Park.

Stephen Robinson was pleased with his side’s showing at Easter Road last weekend claiming that he had seen a much better performance.  He started that game with the striking duo of Jordan White and Callum Lang and switched to Chris Long and Tony Watt for the final fifteen minutes. The permutations may continue as Motherwell have scored only two goals in their four fixtures, both coming from midfielders.

Brian Rice may take some comfort from the second half spirit shown by his charges as they lost by the only goal to St Mirren.  They have found the net once in three attempts, that coming as a consolation in as Celtic trounced them 5-1 on opening day.

Hamilton had a big turnaround of players over the summer but we can expect stubborn resistance when the face us on Saturday.  Motherwell have, on paper, the better squad.  If they can maintain the correct attitude for ninety minutes the first win of the campaign should arrive.  2-0.

Remember the last visit of Hamilton?