Round six of the league campaign sees Motherwell visit Easter Road for the first time in more than three years.  With a run of three wins already bagged the squad will be in confident mood.

Stephen Robinson’s team freed themselves of training pitch mud to look their best for the annual squad photograph in midweek.  Smiles came easily on the back of recent results and there is a belief that a good result can be had in Edinburgh. 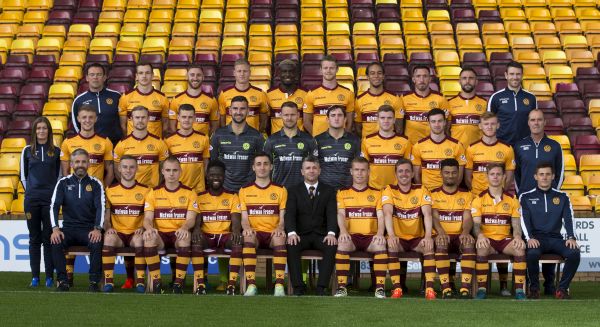 There is a depth of talent at the manager’s disposal that enables him to change tactics and personnel to match the challenge posed by any opponent and he’ll be well aware of the threat that Neil Lennon’s side offer.

We can expect last week’s scorers to lead the line again.  Moult and Bowman continue to develop their partnership understanding and their willingness to chase lost causes is match by their colleagues.  The new central defensive pairing of Hartley and Kipré looks good and together with a fine display from Carson in goal they recorded a clean sheet against Kilmarnock.

Frear missed the last outing as he recovered from a head knock but he has resumed training.  Petravicius impressed in a midweek U20 game and he’ll be in the squad assuming his international clearance comes through. There are plenty of options for the midfield set up.

Hibs have returned to the top flight after three seasons in the Championship.  Wins over Partick Thistle and Rangers together with away draws with Dundee and St Johnstone see them placed a point behind Motherwell in the table.  The 3-1 home defeat to Hamilton raised a few eyebrows but most pundits expect them to be top six contenders.

Easter Road will provide a noisy backdrop for the game and few will regret returning to Lanarkshire with a point, 2-2.