Next up - Hibs at Easter Road

Motherwell complete a busy week with a trip to Easter Road.  Can they maintain the form that delivered three points midweek?

Graham Alexander's team know that if they play to their potential they can match any other team in the league.  That was demonstrated with recent wins against Aberdeen, Hearts and Dundee United.  When they dipped against Dundee last weekend they lost.  The manager is right to stress that mental side of the game is no less important than the physical. 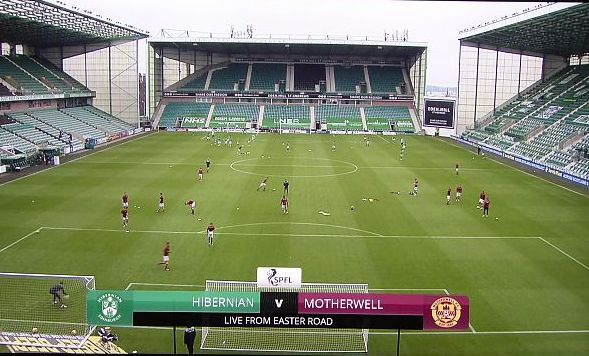 Barry Maguire's suspension means a forced change in midfield and there may be a tweak in defence if Sol Johansen does not recover from the strain that forced his substitution on Tuesday night.  Bevis Mugabi moved from left to centre back to cover his absence and club captain Stephen O'Donnell came off the bench and he may get his first start since Halloween.

Tony Watt and Kaiyne Woolery hit the heights in Tuesday’s rain and Kevin Van Veen worked his way into scoring positions.  The trio are likely to start in Leith.

Hibs were unlucky not to take at least a point when they played Rangers on Wednesday.  Their spirited performance belied the fact that they have lost six of their last seven league games.  A couple of familiar faces appeared in the green strip; Chris Cadden and Jamie Murphy may face one of their former teams.

Martin Boyle and Kevin Nisbet are likely to offer the biggest threat to the ‘Well defence.  Boyle scored the hat-trick that ejected Rangers from the League Cup and he is one goal behind Tony Watt in the top scorer table.  We hope Tony extends his lead!

Colin Steven will be in charge of the game at what is certain to be a chilly Easter Road but a strong showing by Motherwell might see them returning home with a point, 1-1.