Kilmarnock will provide Motherwell’s opposition at Fir Park as domestic football takes centre stage with round five of the Premiership.  The home side will make at least one change following deadline day dealings. 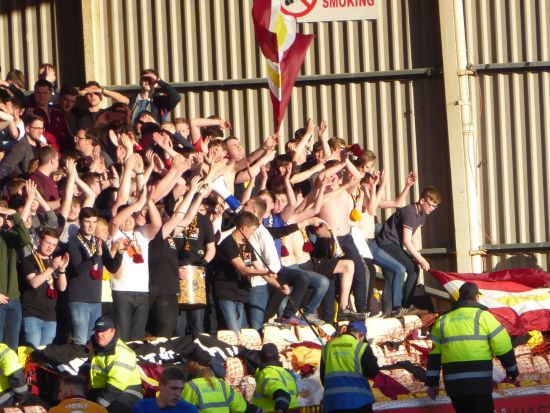 The vacancy in central defence caused by the transfer of Heneghan to Sheffield United has been filled by the arrival of Hartley on a season long loan from Blackpool.  We can expect to see the 29 year old take his position beside Kipré.

Grimshaw has joined the squad but he will face tough competition for a place.  Motherwell have at least nine capable of starting in midfield and selection will depend as much on the manager’s choice of shape for any particular game as on the quality that any individual can offer.

‘Well fans are happy to see that Moult has survived the summer hype and remains in claret and amber.  His partnership with Bowman has produced early success and we can expect the pair to lead the line on Saturday.

There are probably going to be a couple of familiar faces in the Killie line-up.  Lee Erwin scored his first league goal for the Rugby Park side just before the international break but his side managed to squander a two goal lead against Hamilton and had to settle for their first point of the season.

Dom Thomas (a team-mate of Cadden in the Scotland U21s in midweek) is now a regular on the Kilmarnock wing.  He has made quite an impression in his eight appearances and scored twince in a League Cup game against Clyde.  He’ll be keen to show us what he can do.

If Motherwell are to show any ambition to approach the top half of the table then this game is one they need to win.  Stephen Robinson has never hidden his ambition for the club and he may have a happy weekend ahead with a 2-0 home win

Remember the last visit from Kilmarnock?