Next up - Motherwell at Dens in the League Cup

Motherwell and up to a thousand fans will travel to Dens Park on Saturday as the knockout stage of the Premier Sports Cup gets underway.

With a first league point secured in Perth last week Motherwell can be satisfied with the week on week improvements that have been apparent since the reconstructed squad kicked the first ball against Queen’s Park a month ago. 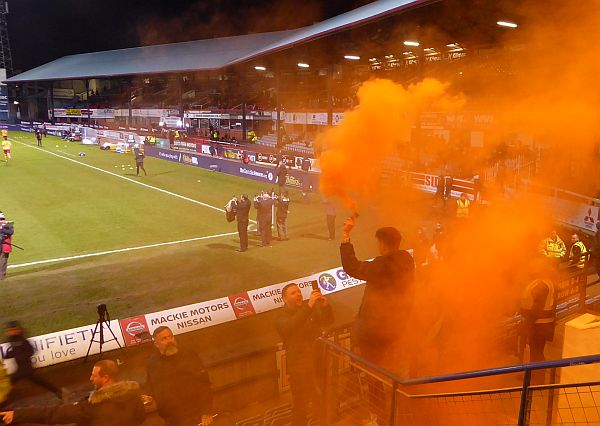 With Kevin Van Veen leading the attack supported by Kaiyne Woolery and Tony Watt there is growing belief that goals can be scored.  If costly defensive slip ups can be avoided there is every reason to hope that the Steelmen will be in the quarter final draw.

The teams have not met in the League Cup since 1976 but the last cup clash came in January 2020 when a Christopher Long hat-trick delivered Motherwell into the fifth round of the Scottish Cup.

Dundee have spent the week licking their wounds after suffering a 6-0 thrashing at Parkhead.  James McPake lamented the defensive failings but concluded his post-match comments saying that he had no concern about the reaction.

The Dark Blues won all four of their group stage matches and followed that up with a 2-2 draw against St Mirren before crumbling to Celtic.

The crowd limit at Dens has been raised to 7,315 and that enabled an allocation of 1,000 to be sent to Fir Park.  Those travelling from Lanarkshire are used to their team having the upper hand against Dundee and a couple of goals from the new signings should ensure progress to the quarters thanks to a 2-0 away win.