Motherwell have a noon kick off at Fir Park on Sunday less than 48 hours after their return from Israel.

Both teams had to travel for their Europa League ties on Thursday. Rangers had a comfortable 4-0 win over Willem II in The Netherlands but Motherwell lost 3-0 to Hapoel Beer-Sheva at the east end of the Mediterranean. 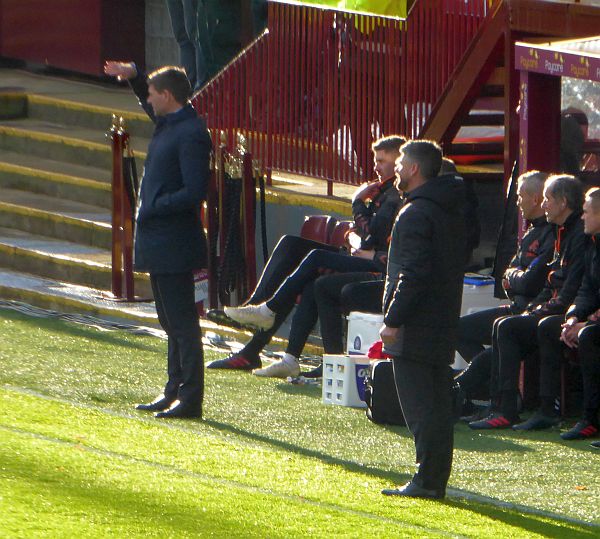 Stephen Robinson felt his team more than matched their opponents for long spells of the match but he was frustrated that the opening goal was lost to a set piece.  He refrained from making too much criticism of Declan Gallagher for the two bookings inside a minute that led to a dismissal and the penalty that ended the contest.

Bevis Mugabi will return to first team action as the Fir Park side seek a third consecutive league win.  St Johnstone and Aberdeen were beaten earlier this month but a stiff test awaits on Sunday lunchtime.

Rangers drew 2-2 at Easter Road in their last SPFL game as their seven game run without conceding ended.  Messrs. Watt and Long will be trying to prevent a new series taking off this weekend.

Steven Gerrard made a comment after Thursday’s game that suggested a change in their line-up could occur.  The Record quoted him, "People who were on the outside today and people who were around the squad need to be ready. We’ll have a game plan for Motherwell and it’ll be another tough test."

Whatever eleven are sent to the field in light blue will offer a huge challenge for Motherwell.  Is this an instance when the lack of spectators might favour the home side?  If so we may sneak a point after a 1-1.

Remember the last visit of Rangers?