Next up - Sligo or bust

Motherwell face Sligo Rovers on Thursday knowing that they have to overturn a 1-0 deficit to remain in the Europa Conference League.

The players and management will be well aware of the fans' reaction to the defeat at Fir Park, it was not sympathetic.  Regardless that it was a first competitive game against opponents up to match speed, the loss to a team in the middle of the League of Ireland table was far below expectations.

All the pre-season interviews from the squad have references to the lure of European football.  If the exotic dreams are not to be squashed before the domestic season kicks off a much improved performance will be needed. 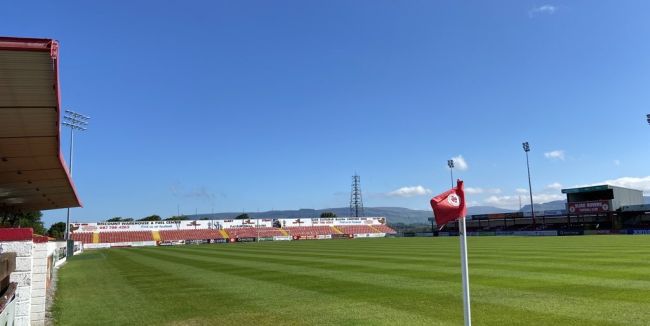 (thanks @sligorovers for the pic)

The manager has reigned over a dismal calendar year.  With only three league wins from eighteen attempts and a style of play that is far from entertaining, it is hardly a surprise that the rumblings in the stands grew to a clamour last Thursday.  Progress to the next round would help to lower the pressure.

While another careless defensive error could end interest in the competition the travelling 'Well fans will be more concerned with the search for goals.  On Fir Park's sparkling new pitch Motherwell created few clear cut scoring opportunities despite throwing all in attack in the hope of an equaliser.

The Sligo defence coped well as they closed up to hold on to their lead.  They also had pace on the wings and a tricky number nine  eager to break when the chance came.  By all accounts we met a team at the top of their form. It may be difficult for them to maintain concentration throught the game.

Motherwell needed fortune in the penalty shootout against Coleraine a couple of seasons ago and it could be we need another bit of luck from the spot after a 1-0 ninety minute scoreline.