St Johnstone will provide the opposition to Motherwell at Fir Park on Saturday.  After two defeats on the road a three point reward is the target for Stephen Robinson’s men.

If Motherwell have a realistic ambition to finish in the top half of the table this season then a win over bottom placed St Johnstone would seem to be a requirement.   Chasing teams are closing in and a victory is needed to restore momentum. 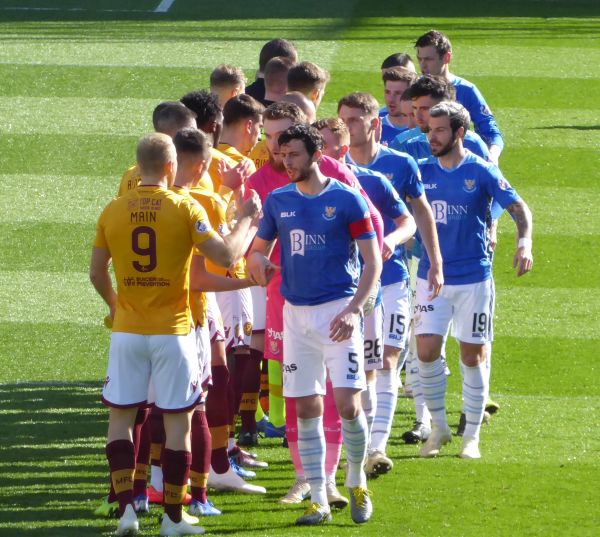 Devante Cole’s first goal in claret and amber produced a win in Perth at the end of September and the 24 year old has since become a regular starter.  The partnership with Chris Long seems to be the manager’s preferred striking plan.

Liam Donnelly has had a week to recover from the bug that caused his absence at Easter Road and his return would strengthen our defence and add some shooting prowess at the other end of the pitch.  Bevis Mugabi will hope that his recent award of an extended contract will lead to more game time, though he will have to persuade the manager to pick him ahead of Peter Hartley.

The visitors lost the plot in a crazy five minute spell against Aberdeen last weekend.  The red cards issued to Murray Davidson and Callum Hendry will give Tommy Wright food for thought as he tries to select a team that can deliver only a third win after fourteen league games.

St Johnstone have earned seven of their eleven points in the last month.  This upturn in form suggests that they may come with some confidence but on home turf Motherwell will be determined to take control.