Next up - St Johnstone at Fir Park

Motherwell entertain St Johnstone on Saturday to open a Christmas and New Year spell of four games in 16 days.

As ever with such hectic bursts, a strong spell could define the season – in this case a solid spot in the top half and a base to challenge for the top four.

The turnaround in Motherwell since the 6-1 home thumping by Rangers left Graham Alexander under pressure with one point from 15 has been remarkable. 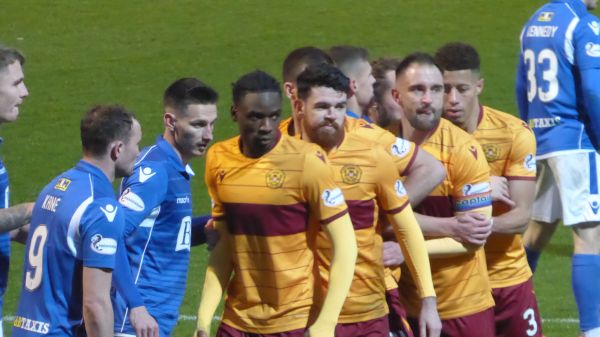 Us and them a couple of years ago

Similarly St Johnstone, a top six side last season and winners of a remarkable double, would not have expected to be in the thick of a relegation battle even allowing for the loss of a few players due to transfer and injury.

It highlights that the margins in the league, over 90 minutes, are wafer-thin and nothing less than a strong performance will keep the points at Fir Park.

The defence which conceded just once at Celtic Park last week was makeshift in nature and the return of Ricki Lamie, Sondre Solholm or Juhani Ojala would be very welcome indeed.

St Johnstone have scored an astonishingly poor two away league goals all season, a tally which more than underwhelms their excellent defensive effort of conceding just four on the road in the same period.

The first game between the sides was a reasonable 1-1 draw in Perth back in August and another tight contest is to be expected. But with Tony Watt, Kevin van Veen and Kaiyne Woolery beginning to click, it could well end 2-1 in our favour.