St Mirren will provide Motherwell's opposition at Fir Park on Saturday in round eight of the Premiership.  Recent form suggests a home win but the visitors will offer stiff resistance.

The teams have enjoyed contrasting fortunes in the early stages of this season’s campaign.  Motherwell hold third place in the table thanks to a productive run of four wins in the last five.  The Paisley team already have concerns about relegation.  Apart from an uncharacteristic win against Aberdeen in game two points have been scarce and their winless stretch is now five. 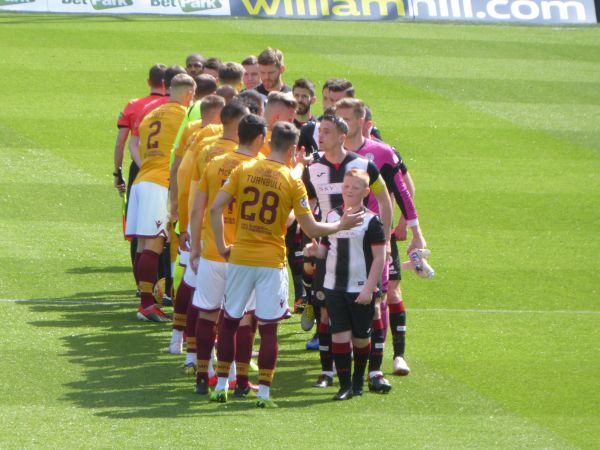 A look the For and Against columns highlights the problem with Jim Goodwin's side.  Their defence rarely leaks; only Celtic and Rangers have conceded fewer goals and they recorded clean sheets in the last two outings.

However, after seven fixtures they have managed only three goals.  By any measure that is a shocking return and one that will tie them to the danger zone.  0ur task will be to ensure no improvement in these statistics.

Liam Donnelly may have a newly extended 'Well contract but his red card in added time against St Johnstone will force his omission. The consequent alteration could be the only change from to settled eleven.

The teams met four times last season with the travelling team having the advantage.  But on this occasion it is hard to see past a 'Well win.  Patience may be needed before the winning goal arrives to deliver a 1-0 victory.