Motherwell begin the busy December fixture list with an away meeting against St Mirren on Wednesday.  If the same clinical finishing that delivered four goals at Fir Park on Saturday is evident in Paisley an away win seems likely.

St Mirren have had a terrible time of late with only two wins to brighten the gloom in the last thirteen attempts.  They have the same eleven points as St Johnstone but a better goal difference keeps them off the bottom. 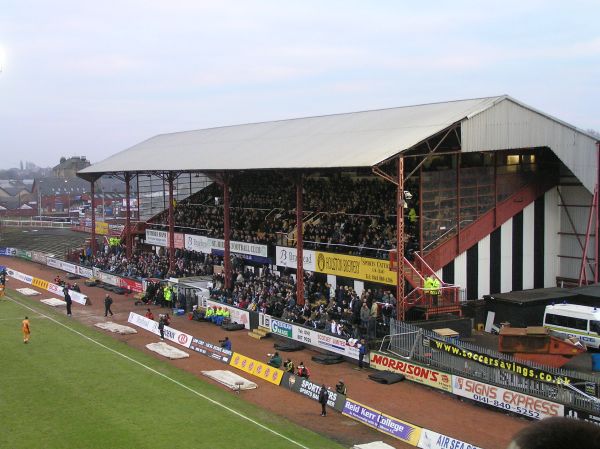 The Paisley team came close to a point against Aberdeen on Saturday but Tony Andreu's failure to convert a late penalty allowed Aberdeen the win.  That inability to get the ball in the net is a primary reason why Jim Goodwin's team are in the play-off position.  They are the Premiership’s lowest scorers with only eleven after fifteen games.

Motherwell took six points from last season’s visits to St Mirren Park and goals from James Scott and Chris Long won the meeting at Fir Park in October.  All the form guides point to an away triumph but there will be no underestimating the home threat in Stephen Robinson’s preparations.

There seems to be no reason to change the winning eleven.  A decent surface awaits at Greenhill Road and that will suit our running game.

Motherwell took around 900 on the last visit (again on a Wednesday evening) and most will be there on this occasion for another Mighty 'Well win, 2-0

Remember the last visit to Paisley?