Next Up - 'Well in Europe

European football returns to Fir Park on Thursday when Motherwell entertain Glentoran in the 1st qualifying round of the Europa League.

Motherwell’s reward for finishing third last season was a seeded place in the 1st qualifying round.  Glentoran won the Irish Cup and started the competition last week in the preliminary round with a 1-0 win over the Faeroese side HB Torshavn. 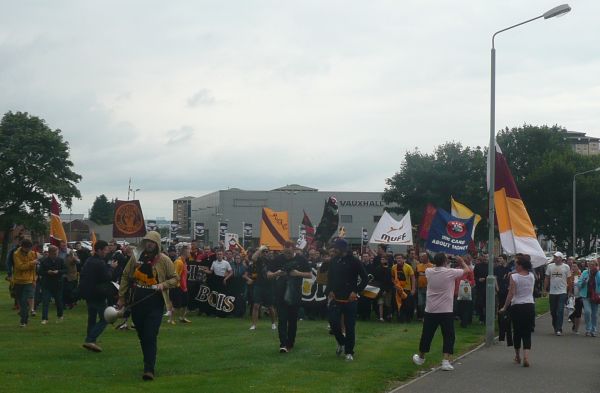 No fans on Thursday

Much of the shine will be taken from this single-legged tie as no spectators will be present.  ‘Well season ticket holders will have to be content with a streamed broadcast while others in the UK will be asked to make a contribution to Premier Sports.  Those outside the UK can visit Motherwell’s PPV TV unless more creative solutions can be found.

The visitors are no strangers to UEFA competitions and this will be their 100th appearance.  Motherwell last participated in 2014 when they lost to Stjarnan of Iceland.  This will be Motherwell’s 31st UEFA tie.

Glentoran scored the only goal in last week’s game against Havnar Botfelag.  It was a poor spectacle from a neutral’s viewpoint but that hardly mattered to Robbie McDaid as he scored from a move that was started by ex-Motherwell favourite Gael Bigirimana.  The number five was making his debut for the Glens.

Motherwell have yet to win a game in this new season.  Three losses and two draws is a poor return from Stephen Robinson’s squad and he did not hold back in expressing his frustration after the weekend’s loss to Hamilton.

The prize is a chance of a glamour tie in the next round (draw on Monday 31 August) but just as important will be the confidence boost that will come to the team with the shaky start.

A nervous 90 minutes awaits but a narrow home win (1-0) must be favourite.