In October 1998 Motherwell travelled to Utrecht for a friendly encounter that ended with the departure of manager Harri Kampman after a dreary six month reign.

The match had been agreed as part of the deal that netted Motherwell £400,000 for the transfer of Mitchel Van Der Gaag to the Dutch side.

It came at a turning point for Motherwell.  Kampman had been appointed after  Alex McLeish had jumped ship to Easter Road in the spring of 1998.  A summer clearout followed but his intake of new players failed to gel.  John Chapman had ended his ten year stewardship in favour of John Boyle early in the season and when Pat Nevin joined as Chief Executive it seemed only a matter of time before the Finn would be replaced. 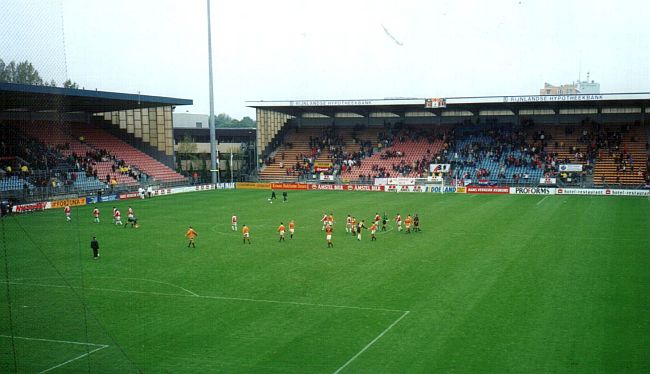 And so it was that after the Utrecht game as the ‘Well party returned home the manager caught a flight to Helsinki never to be seen again at Fir Park.  Billy Davies got the job and he remained for three years.

The first home game following the turnaround was against Rangers (a 1-0 win thanks to a John Spencer goal) and the programme carried the following match report. 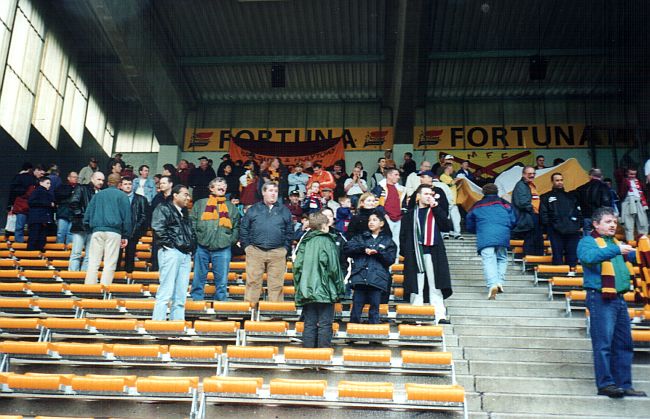 This turned from a foreign friendly into a Sabbath slaughter as Motherwell were put to the sword by a very competent Dutch side. Despite a promising opening spell in which Motherwell twice threatened to score, the Steelmen went down heavily in what was to be Harri Kampman's last game in charge. Two goals in either half gave the Utrecht side a comfortable win.

Jered Stirling had hit the woodwork for Motherwell before Pascal Bosschaart did likewise for Utrecht.

Just after the half-hour Alfons Groenendijk had more luck as he opened the scoring with a 30 yard free-kick. Unfortunately for Motherell the deficit was doubled on the stroke of half-time as Emiel van Eijkeren volleyed home a stunning second for the Dutch Premier League club.

For the start of the second half Motherwell introduced Stevie Woods for Miko Kaven in goals and Greg Miller for Kai Nyyssonen. However, the changes did little to alter the pattern of the game and the Dutch side stepped up a gear to score two more goals.

Dirk Kuijt got the third goal for Utrecht and substitute Leon Kantelberg piled on the agony by bagging number four. It was left to Geordie Stephen Halliday to reduce the leeway as he took advantage of a defensive mix-up to score from close in.

After the game Harri Kampman noted that "our timing wasn't quite right. Utrecht played quite well and scored some good goals, but we were a bit slack". Jered Stirling added, "Against teams like that you’ve got to concentrate for the full 90 minutes. I hit the bar and then they ran up the park and scored from the rebound. They were a good side and very composed on the ball".

The game had been arranged as part of Mitchel Van Der Gaag's transfer back to Holland, and Simo Valakari was missing from the Motherwell squad due to his inclusion in the Finland international squad.

Ricky Mullen penned his memory of the trip in the GLF fanzine - GLF 31: Didn't 'We Have A Luvvery Time When We Went To Utrecht.....