Once upon a time, Brazil 5 Motherwell 0

On this day in 1928 Motherwell lost 5-0 to Brazil.  We should invite them to Fir Park for a re-match.

Following the previous year’s trip to Spain the team set off for the Argentinian capital Buenos Aires in mid-May and ended the adventure in Río de Janeiro six weeks later.  The team had a busy schedule and played thirteen matches (6W 1D 6L) and the club made a handsome profit.

In his book, The Battle of Montevideo: Celtic Under Siege*, Brian Belton describes the development of football on South America and includes this section.

“Motherwell made their way to Argentina and Brazil in 1928. The Steelmen returned with gold medals, a couple of cups, two shields and an estimated profit of a massive (for the time) £12,800. Motherwell were involved in eleven matches on their tour. They achieved half-a-dozen victories and were defeated four times (they were beaten three times in Argentina). The club's biggest defeat was a thumping given out in Rio by a side labelled 'Brazil'. A crowd of 40,000 saw five goals go into the Motherwell net with no reply from the tourists.

“While the South American and Scottish playing styles at times seemed, literally, a world apart, the rules the teams played by often seemed equally dissimilar. Goal kicks were a particularly contested area. In one game, Scotland international keeper Allan McClory placed the ball according to the rules, took a few steps back (much as goalkeepers do in the contemporary game) sprinted forward and kicked the ball. This was completely new to the spectators. The tradition for them was for the ball to be placed for a defender to pass it to the goalkeeper, who, with the ball in his hands, would kick it up the field. For the South Americans, what McClory had done was madness.

“The memory of the 'Well seemed to have endured fondly in South America. In 1946 a big parcel was delivered to Fir Park sent by the Argentine FA. It contained claret-and-amber football shirts, identical to colours traditionally associated with the Motherwell team. Enough were sent to cater for the whole team, a seeming godsend when clothes rationing was hitting everybody hard. However, the AFA had based their design on recall and photographs taken in 1928 and, as such, the shirts that had crossed the Atlantic had the claret-and-amber combination reversed. However, the reserve team made good use of them the following season. 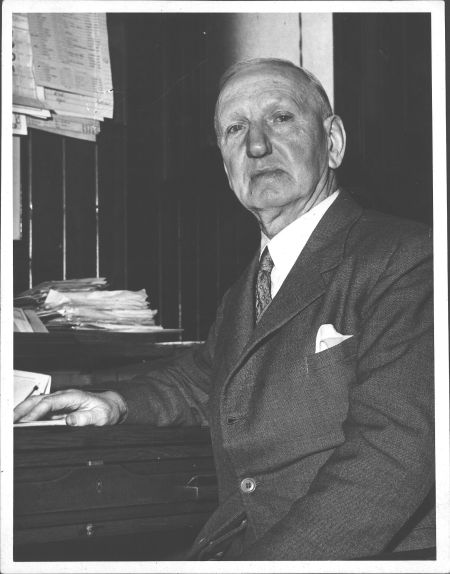 Sailor Hunter was in charge

And the tour results -

*The Battle of Montivedeo:Celtic Under Siege