Why were we surprised?  Motherwell has a long history of opening capitulations to teams in their mid-season.

There were signs on show at Firhill last week when Motherwell faced Partick Thistle.  We looked a yard short of pace against the Championship side that had the benefit of a couple of League Cup games in their legs.

Five days later we lost to a young Sligo team that was full of energy, enthusiasm and well into their stride after 23 games. 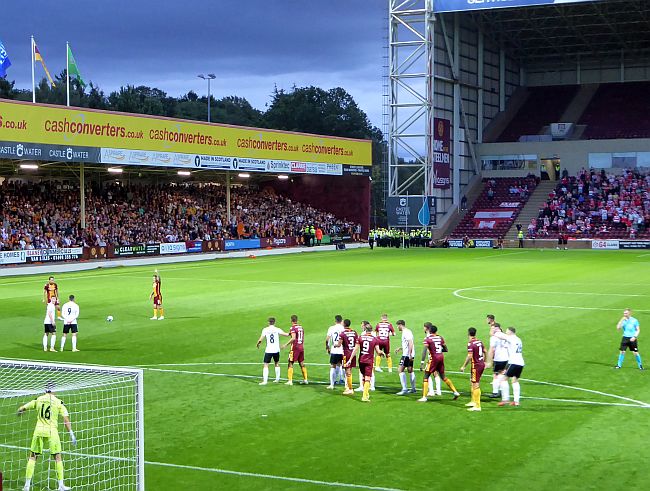 Motherwell fans from far and wide turned out to support the team in impressive numbers.  The reported attendance was 7,227 of which around 500 were happy Bit ‘O Red fans.  There was colour, lusty singing and a chance to turn occasional supporters into regulars.  By the end of the game there were few left to acknowledge the players’ efforts.  The fare on the park fell well short to expectations.

Yet the disappointment of an opening day European loss is nothing new to Lanarkshire.  Remember the 3-1 loss to Mypa-47 in 1995 or the embarrassment in Llanelli in 2009?  More recently there were defeats to Krasnodar and Stjarnam.   But the lesson was not learned.

The manager was predictable in his post-match remarks as he looked to the second leg for an improvement but there is no escaping the fact the timing of the tie did us no favours.  Josh Morris, Blair Spittal and Paul McGinn made their Fir Park debuts in claret and amber and Kevin Van Veen took to the field after a non-training week.

All the omens were there but hope overcame reality and more that 6,500 ‘Well fans packed the stands full of anticipation only to suffer as the sun set.

Thanks goodness opening days come but once a year!