Stephen Robinson reckons his players need a cuddle rather than a roasting.  He may need the help of a few agony aunts too if his team are to recover from this latest defeat.

It is hard to fathom how a side without a home win in almost three months can still be third in the league table.  Motherwell had a win against Hearts in early December and will not have another opportunity for home success until 4 March. 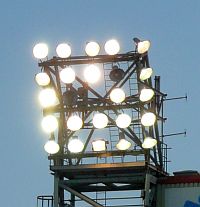 After dominating the game for the first 45 minutes Motherwell failed to repond to the predictable surge offered by St Mirren after the break.  Gone was the ability to win second balls, gone was the speedy route forward up the flanks and gone was any attacking threat on the Cooper end goal.

Instead the visitors had their tails up and their new found confidence was boosted with Obika’s early goal.  Motherwell seemed nervous and unsettled.  The loss of O’Hara and the subsequent reshuffle of the defence did nothing to help.

The late strike by Durmus prompted celebrations with the 601 travelling fans, the points are vital in their quest to ensure top flight survival.  But for home fans it was a big letdown.  The chance to create a four point gap over Aberdeen was lost and we can only wonder that we retain third after such a dismal run,

Still, let’s acknowledge that the basis of the team that raised us to the heights before the winter break remains.  They produced some fine results before and there is no reason to suppose that knack is gone forever.

The squad have a clear week to banish the blues and return to face Ross County determined to renew the winning habit.  With talisman Turnbull making his way back there is every reason to be optimistic.