Stephen Robinson calls for a decision

Stephen Robinson is desperate for football to return and he called for a decision to be made about the road ahead.

The manager was interviewed on the PLZ Soccer Football Show on Tuesday afternoon by Peter Martin when he expressed some sympathy for the decision makers.  He added that he was glad he was not one of them. 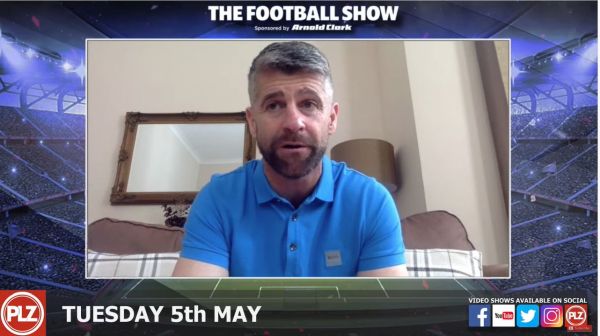 Although keen to get the game back he could see no feasible route for fans to watch matches before the end of the year.  And for that reason he believes that it would be right to call the league.  “Football people need to accept the situation as it is”.

"We wanted to finish the season and I was confident that we would hold third place." The return of David Turnbull strengthened that view.

Robinson felt that clubs need to plan and prepare for no spectators in the months ahead. He navigated a question about league expansion by suggesting that he was in favour of something that improved the Scottish game.

Around 1,800 season tickets have been sold at Fir Park and he rated the number as fantastic.  It is an indication of the value of football to the community.

He accepted that if Motherwell are to finish in third place and qualify for European competition that would surpass people’s expectations.  Although he added that he was unsure what form that would take.

The continuing development of young players would remain an important strand as the club moves forward.

In expressing hope for the future he singled out Alan Burrows and Jim McMahon for praise and acknowledged that it would not be possible to make any plans for the playing budget until decisions were made.  The continuing development of young players would remain an important strand as the club moves forward.