Summer tours from long ago

In years gone by Motherwell embarked on exotic foreign tours - 87 years ago we played Mashonaland and won 6-0.

In 1934 Motherwell embarked on a 16 game tour of Rhodesia (as it was then) and South Africa.   The team had already visited South Africa in 1931.  We had won the Scottish League in 1931/2, we were runners-up in 1933/4 and we were in demand.  There was money to be made on these trips to foreign shores and Sailor Hunter and the team set off to demonstrate the best of Scottish football. 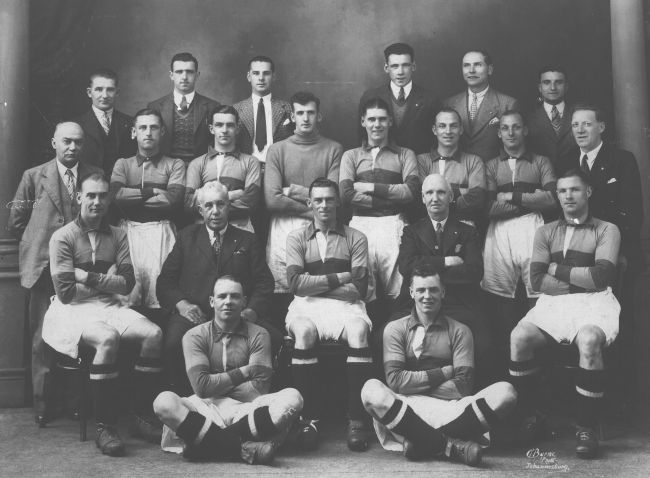 The whereabouts of the championship flag awarded to Motherwell for the only time in 1932 is unknown and its loss is a huge gap in our history.  Some believe that it might have been presented to a South African bowling club as a memento of the visit but that theory remains unconfirmed.

On June 9 1934, Willie McFadyen scored five against Mashonaland and Duncan Ogilvie’s single brought the total to six.  We were to be unbeaten and for the most part untroubled for the entire series.  McFadyen still holds the Scottish scoring record having netted 52 goals in the 38 games of the championship season.

The programme below was printed for the game against Western Province in South Africa.  It took place on July 4 1934 and Motherwell cantered to a 7-0 win. 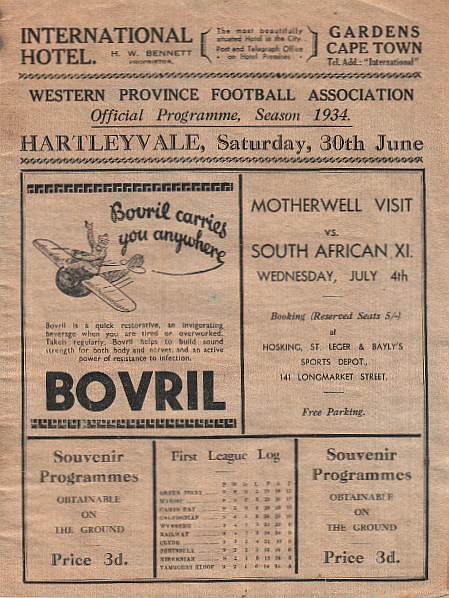 It may be some time before foreign pre-season trips become a possibility for present day squads but there may be a wee jaunt ahead for the 2020/21 team when the plans for the Europa League become known.