The Texaco Cup was created to give the top teams from Scotland, England and Ireland (North and South) not engaged in European competition an chance to play for a type of British Isles cup and at the same time earn money thanks to the novelty of commercial sponsorship. 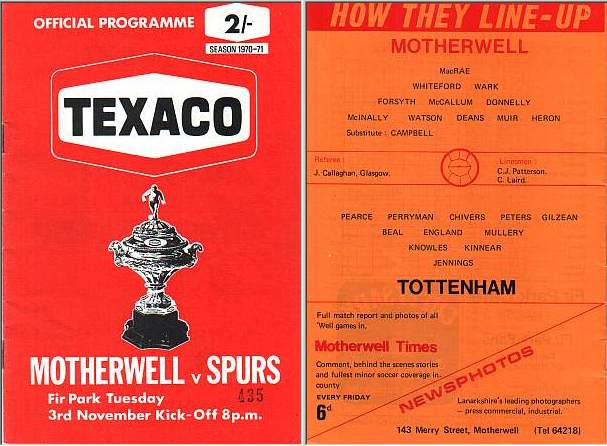 The Spurs team was bursting with talent and such was their fame that many are well known these 50 years later.  We lost the first leg 3-2 but more than 22,000 turned out on the night of 3 November 1970 to see if we could cause a shock.

Although they had Gilzean, Peters and Chivers  looking for the opener it was Pearce who gave the visitors a first half lead to secure a two goal advantage in the tie.  Motherwell had nothing to lose and threw caution to the wind.  Spurs had not lost in their previous 14 games and they must have felt that their job had been done.

Six minutes before the break Heron raced on to Deans’ pass and ran on beyond the ‘keeper to finish from a very narrow angle.  The second half had the home crowd roaring the team on and they responded with wave after wave at the Tottenham goal.  With 15 minutes remaining Donnelly unleashed a fine shot into the net off the post.  The game was level, there was no away goal rule in force, and the rare prospect of extra time and penalties remained. 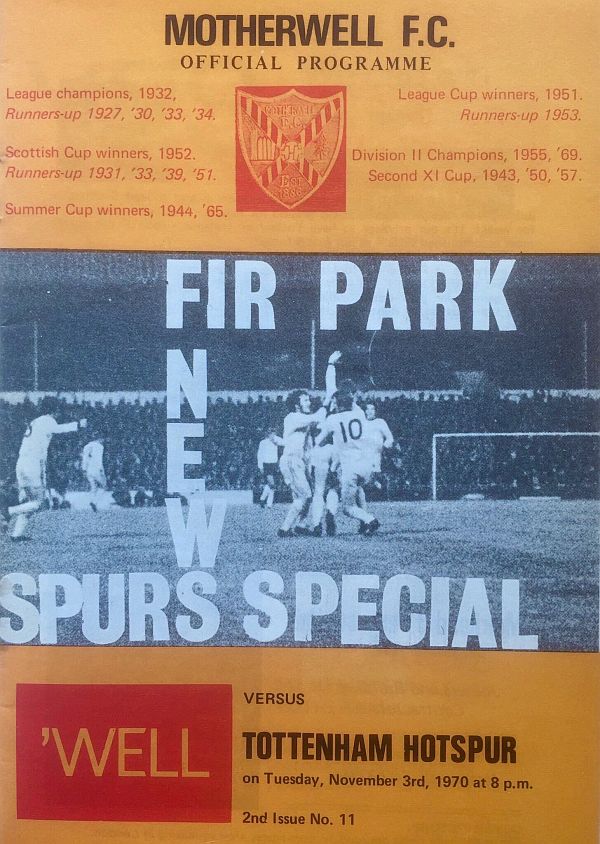 The winner came as captain Bobby Watson met a clearance and drilled a shot low through the defence.  Spurs to retrieve the game but Keith McRae produced a fine save from Gilzean to hold on for one of the best wins in the club’s history.

Bobby Howitt was quoted after the match,

“This was Motherwell Football Club’s finest hour. I am over the moon.  This was a wonderful, wonderful result for us and Scottish football.  Surely this proves once and for all that the English game is not superior to ours”.

We lost to Hearts in the semi-final.