The rumoured move to Hartlepool collapsed when he learned that United were interested.  He has earned a two year contract.

Trevor leaves Fir Park with thanks and best wishes of every fan for his wonderful goalkeeping performances.  Illness and injury curtailed his appearances to just 70 in his four years at the club but his ability between the sticks served us well. 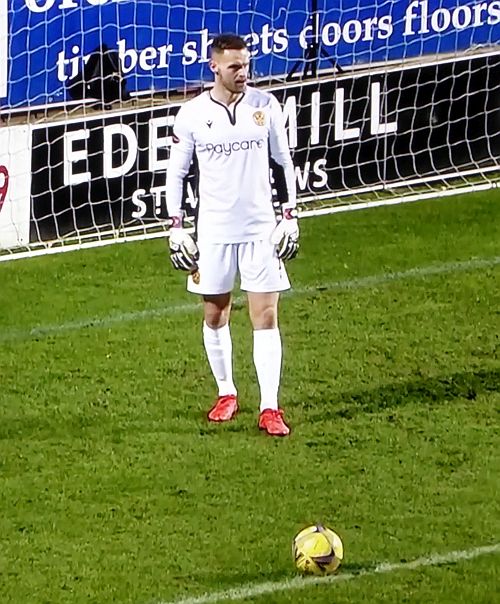 Carson joined Motherwell when Hartlepool were relegated to the National League in 2017 but talk of his return proved to be premature.

Stephen Robinson gave him a three year deal that was later extended to June 2022 but his spell at Motherwell became a test of patience and determination.

After a first season that earned him 18 clean sheets, two appearances at national finals and two thwarted approaches from Celtic he was hit with a deep vein thrombosis that kept him out for eighteen months.

He recover but the pandemic forced the suspension of the season as he was about to return to action.  He was back on place for the start of 2020/21 and delivered a Europa League win when he saved three penalties in the shootout with Coleraine but in October he suffered a knee injury that ruined another season.

While at Motherwell he won five full caps for Northern Ireland.