In June 2002 Motherwell was in administration and without a shirt sponsor until The Untouchables stepped forward. 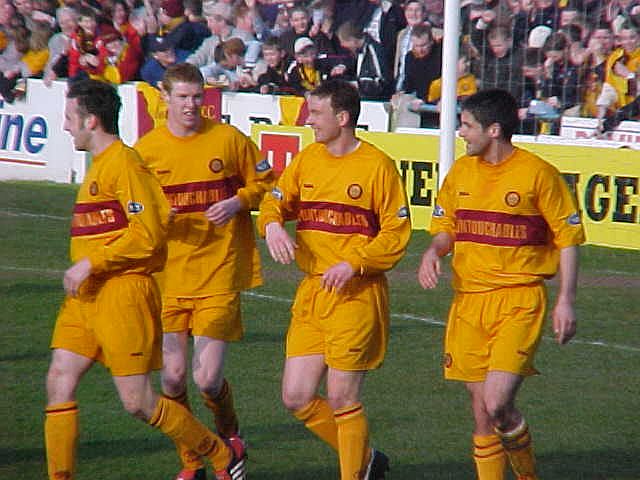 Motorola had ended its eleven year relationship with the club and it appeared that the team would wear unblemished claret and amber strips for the upcoming 2002/3 season. 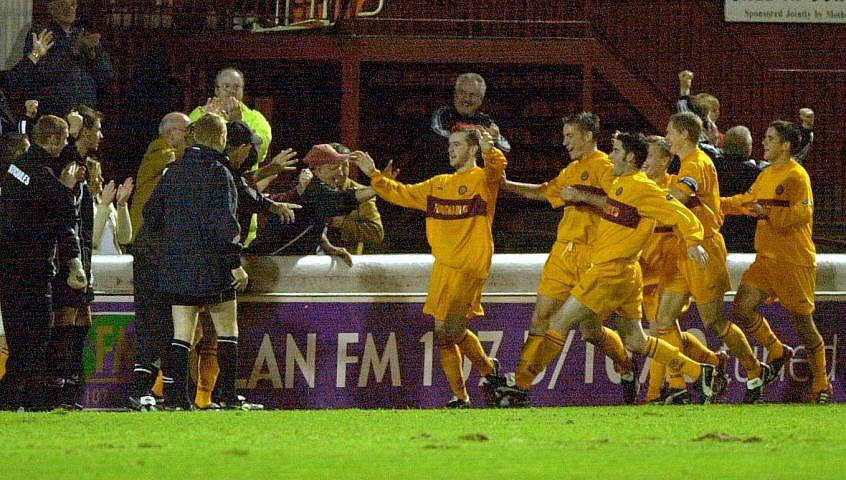 A home win against Celtic

The need for a replacement sponsor was made all the more urgent as the Bryan Jackson’s financial regime had imposed a severe limit on expenditure.  John Swinburne headed the search for a replacement and the DIY firm The Untouchables stepped in with a two year deal. 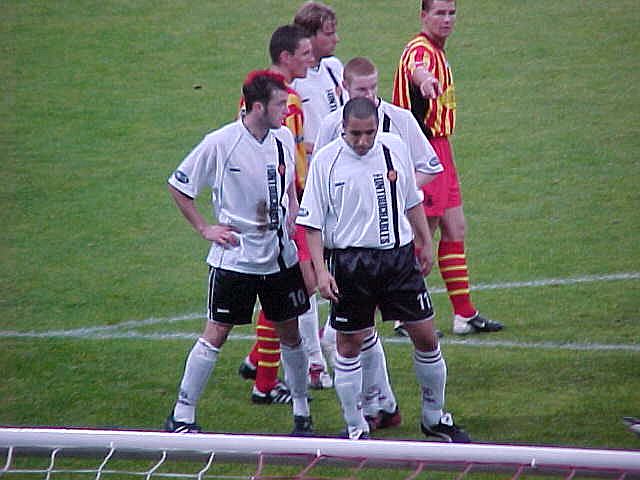 A trip to Firhill

The new strips were in place for the opening game on the season (a 3-2 loss in Livingston). 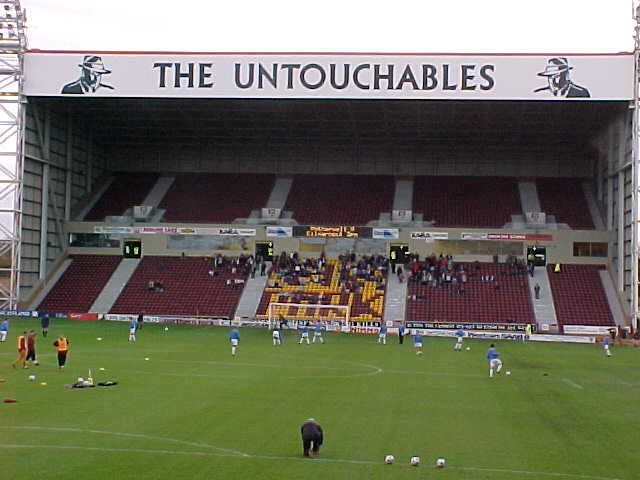 The team struggled and under the charge of Terry Butcher they finished in last place but were spared from relegation as Falkirk were denied promotion as Brockville failed to meet the SPL stadium criteria. 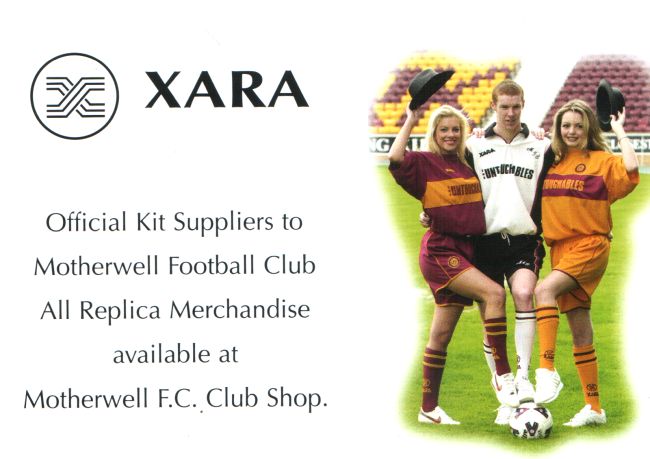 Xara advert in the 'Well programme

The Untouchables sponsorship ended in May 2004 and was replaced by John Boyle's Zoom Airline.