Stephen O’Donnell’s Wembley performance earned much deserved praise and gave Motherwell fans an opportunity to laud one of our own.

It was a rare treat for Fir Park regulars to see our right back play so well against the English superstars.  O’Donnell and his Scottish team-mates can enjoy the post-match reaction to the 0-0 that many see as a triumph. 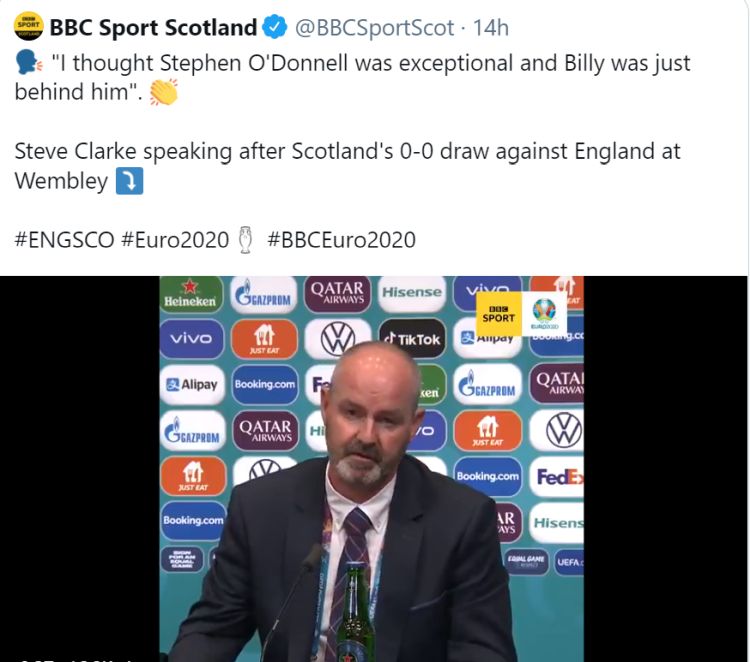 The Scotland manager was quick to mention our man after the game, “I thought Stephen O’Donnell was exceptional.”

Stephen Robinson brought him to Motherwell in August 2020 initially on a short term deal but the relationship with the club now stretches to a contract that runs until 2023.  He missed the opening three games of Motherwell’s campaign but his appearance on Friday was the 51st of his extended season – and there is more to come.

Scotland face Croatia on Tuesday needing a win to stay in the tournament.  Regardless of the result our man will deserve some down time to recharge his 29 year old body before he picks up his claret and amber gear for the new season.

Motherwell return to action on July 14 with a League Cup away meeting with Queen’s Park.  An extended break may delay O’Donnell’s return until the league resumes with the visit of Hibs on August 1.

Congratulations Stephen and best of luck on Tuesday!