A look back at Motherwell's win over Livingston

Motherwell's win over Livingston brings the prospect of league safety tantalisingly close but some work remains.

It was a fine performance that built on the previous week's win over Hibs and it creates a nine point gap above the play-off place although Hamilton have a game in hand. 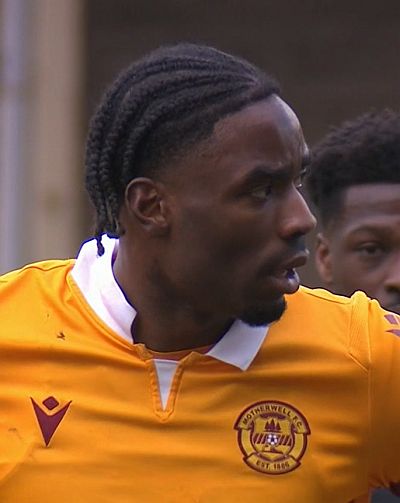 A man on form

There were encouraging signs throughout the team.  The early loss of Tony Watt following his bright start gave Christopher Long an opportunity to remind us of his ability.  He combined well with Jordan Roberts and Devante Cole and made no mistake when offered the chance to kill the contest with Motherwell's third goal.

Roberts continued to impress but once again it was Cole who grabbed the headlines with his sixth and seventh goals since the turn of the year.

Alan Campbell, Barry Maguire and Robbie Crawford were tireless in midfield.  They harried and chased the opposition and backed up the defence when needed.

The back four of Stephen O'Donnell, Ricki Lamie, Tyler Magloire and Jake Carroll produced another efficient display and were unlucky not to share the joy of a third consecutive clean sheet.  They were backed up by the impressive Liam Kelly.  The 'keeper produced a vital save just before the break that surely produced gasps of admiration from everyone watching the stream.

The manager will now be in a position to consider options for the new season.  A cursory glance at the current first team squad list suggests that 25 players could be on their way in a couple of months.  In addition there will be some with longer contracts that he would hope to move on.  We can expect a much changed squad in July.

In the meantime there remains the need to ensure top flight football for next season.  Graham Alexander has already spoken of his intention to use the fortnight ahead of the trip to Kilmarnock to prepare and there's every reason to anticipate a third win in a row.