Motherwell’s win against Aberdeen delivers a timely boost ahead of the long trip to Israel.

To say that the 3-0 triumph in the north east was a surprise is an understatement.  Given the form of both teams the bookmakers odds seemed correct; Aberdeen were odds on favourites to extend their six game winning run and Motherwell were destined to remain at the bottom of the league. 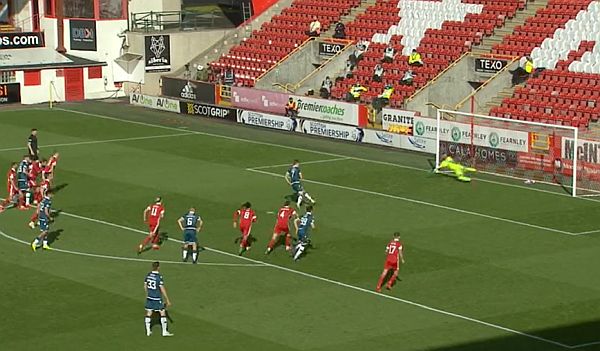 That notion was binned as the game reached the first quarter.  Motherwell were three goals to the good and Aberdeen looked like a shadow team.  The win lifted the visitors to eighth place and ensures that the team flies east with the happy memory of a sunny day at Pittodrie.

Motherwell have not started the season as many predicted and criticism of the manager arrived as night follows day.  He maintained that results had not fairly reflected the team’s performances on the pitch and that belief in the system and players would eventually get the reward.

Speaking after Sunday’s game, on the back of four wins from the last five outings, he praised his players for the clinical attitude on show.

He acknowledged the performance of Tony Watt and (again) Allan Campbell as part of a team that maintained belief and workrate.”We’ll continue to do what we do quietly and we’ll get on with the job”.

Bevis Mugabi claimed his first goal for the club and continued his growing partnership with Declan Gallagher in the centre of defence.  He’ll be suspended for the game against Hapoel Be'er Sheva.