Motherwell produced the season's second 2-0 win over Aberdeen.  We’ll soon have them on the mantelpiece.

The game illustrates the fascination of football.  Motherwell went into this fixture on the back of a horrible October that produced only one point from a possible fifteen.  The home side’s fans (in the stands and the media) had trumpeted a turning point in the season as the Dons’ fortunes were revived with wins over both Edinburgh teams and a draw with Rangers.  Surely this was a home banker? 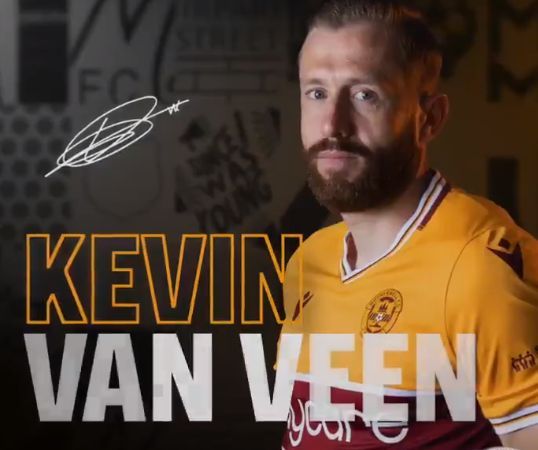 There was no hint of the joy that was to land on the 281 souls in the away section as the first half unfolded.  Aberdeen camped in the ‘Well half but were unable to create much in the way of clear cut chances.  Stout defending and a competent ‘keeper were enough to leave the game goalless at the break.

Motherwell had yet to fashion anything resembling a threat to Joe Lewis’ goal but two opportunities arrived within ten minutes of the restart.  Kevin Van Veen made no mistake in converting assists from Sean Goss and Ricki Lamie and suddenly the tables had turned.

The visitors redoubled their determined defence as the hosts tried to cope with the body blow.  Backed by an inspired Liam Kelly, the beach end goal remained intact.

The win not only lifts Motherwell up the table but it gives a huge boost to the squad.  No claret and amber fan needs to be told that Alexander’s men are far from an accomplished football side but they have developed a knack of squeezing points from average performances.

The robust nature of Saturday’s show attracted five yellow cards.  Van Veen collected his sixth league caution and he will pay for his indiscretions with a suspension.

Next up is a visit from Hearts after the international break.