All Quiet on Fir Park Street

The first full week of the suspended season arrived at a eerily quiet Fir Park on Monday.  The empty spaces outside the Phil O'Donnelll stand were an indicator of the lack of activity within. 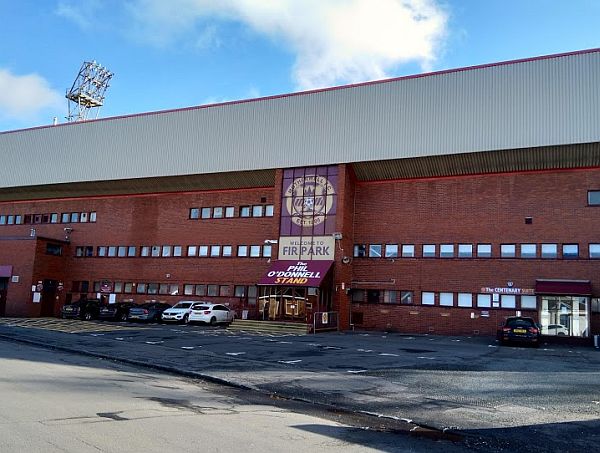 The Community Trust office is closed and all mini Steelkids sessions are on hold.  All community team training is also suspended until after the Easter break.

Tough discussions will be ongoing to ensure that the club can get through the indefinite spell of inaction without serious damage to the finances.  Alan Burrows has already been forced to dismiss tales of doom that suggest the club would run out of money in a month.  He is quoted in the Daily Record website saying," It’s just a little simplistic and may cause panic if it is read as literal."

It could well be that fans will need to play their part in the safeguarding of the club they own.  The Well Society has already thanked some for unsolicited donations.  Supporters who have not yet joined the owners' club can sign up for as little as £5 per month and anyone can make a top-up donation on the Society page on the MFC website.