Any SPFL plan for pandemic postponements?

Following another coronavirus cancellation fans are entitled to ask; what's the plan?

Motherwell's game against St Mirren was pulled three hours before kick-off after the Paisley side informed the SPFL that a third positive test and the consequential requirement for self-isolations meant that they could not field a team.   The SPFL agreed to the cancellation and announced that an investigation would take place. 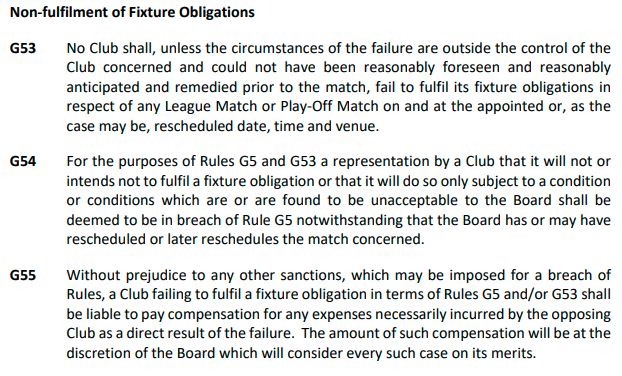 An extract from the current rules

Three weeks ago Motherwell were given another blank Saturday when Kilmarnock were hit by the virus.  The SPFL started an investigation then too.

In August indiscretions by players from Aberdeen and Celtic led to the Scottish Government prompting three games to be postponed.

Such disruptions can hardly be unexpected in the midst of the current pandemic.  What is unexpected is the apparent lack of a plan to deal with these events.

In the League Cup a 3-0 defeat has been awarded against Kilmarnock for their non-appearance in a group stage fixture with Falkirk.  We have to wait for investigations to conclude in the case of cancelled league matches.

Is it not possible for SPFL clubs to agree a set of rules that will apply in these unusual times?  Or must we wait for lengthy investigations and possible involvement of the disciplinary procedures?  Piecemeal decisions on a case by case basis does nothing to inspire confidence.