The manager made no attempt to defend Motherwell's woeful display at Dens Park.  Can he find a cure by Tuesday?

The only obvious similarity between Motherwell's performance against Hearts and that witnessed by 365 cold away fans at Dens was the claret and amber strip.  Gone was the positive commitment to a game plan.  Instead Dundee were allowed to boss the game and, with the help of some indifferent defending, they made the best of their chances. 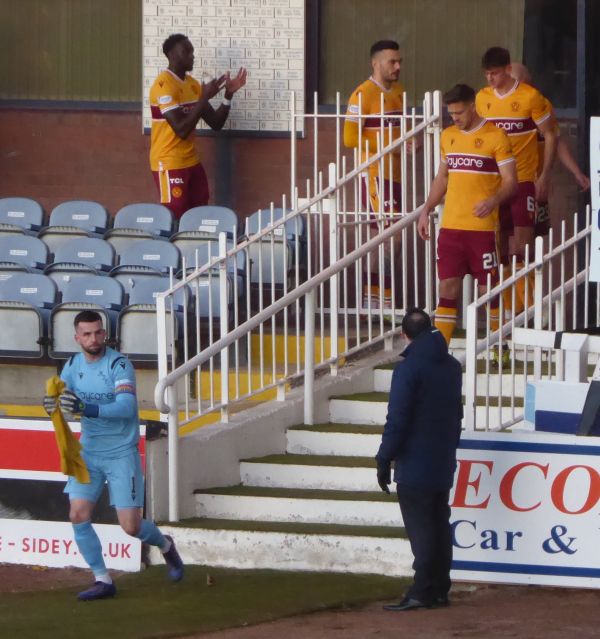 When Motherwell did have the ball it was launched forward.  Whether to clear the line or in the hope of fashioning a break mattered little, attack was as poor as defence.  High and long was the tactic.

In his post match comments Graham Alexander bemoaned the approach his team took to the game.  He put the loss down to "our choices and our mindset".  His criticism was justified and there's no doubt that he will do his best to ensure that there is no repeat when Dundee United visit Fir Park on Tuesday.

In his comments he talked about "the basics of football - competing for the first contacts, winning the second ball, putting the opposition under pressure".  It was noticeable that there was no mention of passing the ball - the team seemed to understand that aspect of the manager's philosophy; there were no passing moves from Motherwell at Dens Park.

What can we expect on Tuesday?

Alexander stuck by the team that delivered the recent win against Hearts (bar the forced replacement of Sean Goss with Liam Grimshaw) but a shuffle of the pack would not be a surprise.

Kevin Van Veen and Jordan Roberts may be knocking on the manager’s door and Stephen O’Donnell and Jake Carroll will believe they can add strength in defence.  It could be that a change of shape could be the catalyst to spark an upturn in form.

Any change is bound to be of benefit, it’s hard to believe the team could deliver a repeat of Saturday’s shamble.

Motherwell Pay The Price For Poor Performance At Dundee