Motherwell players and supporters woke up on Wednesday morning knowing that pride in the team’s performance was restored after the hiccup at Dens.

The approach to the match with Dundee United on Tuesday night was positive and efficient and more reminiscent of that shown against Aberdeen and Hearts rather than the blip last weekend. 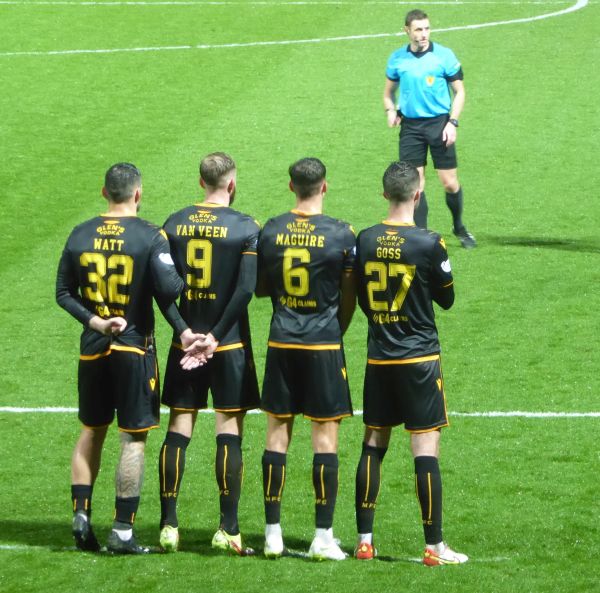 Within minutes of the kick-off United were on the back foot and they were not given the chance to recover. Tony Watt’s sparkling goal reinforced belief and the only surprise was that the game was won without further scoring.

Tam Courts backed up that view after the match, “We got some corners and set-pieces but we didn’t do enough to merit taking anything from the game. Take nothing away from Motherwell though. They were excellent.”

The conditions were bad at kick-off and by the end of the game the pitch was barely in a fit condition for football.  Surface water, particularly in the shadow of the South Stand, hindered the roll of the ball.  The match would probably not have started under the sodden finishing circumstances.

Watt and Kaiyne Woolery deserve special mention for their efforts although everyone in the black away strip gave their all.

Preparations for Saturday’s trip to Easter Road will have to cater for the loss of Barry Maguire following his late dismissal and Sol Johansen’s chances must be slim as he limped off on the hour.

Three wins in four with three clean sheets is an excellent return and the squad will face Hibs knowing that they are capable of adding to their 24 points if they keep standards high.