The end of the cup run signals the wind down of Motherwell's indifferent season.  Fresh hope will emerge in July.

"Too late" was the verdict on the turnaround that reversed the dominance of Hibs and had Motherwell pressing for an unlikely winner as the shadows lengthened at Easter Road.

Burdened by the injury loss of Jordan Roberts and the half fit Tony Watt, there was logic behind the manager's decision to stick with the same formation that delivered three points in Hamilton in midweek.  The lack of faith in the forwards left on the bench spoke volumes.

It was a surprise that the break was reached without loss and there was an expectation that the defence would eventually crack if the flow of the game remained unchanged.  The concession early in the second half was the catalyst that spurred an attacking mentality. 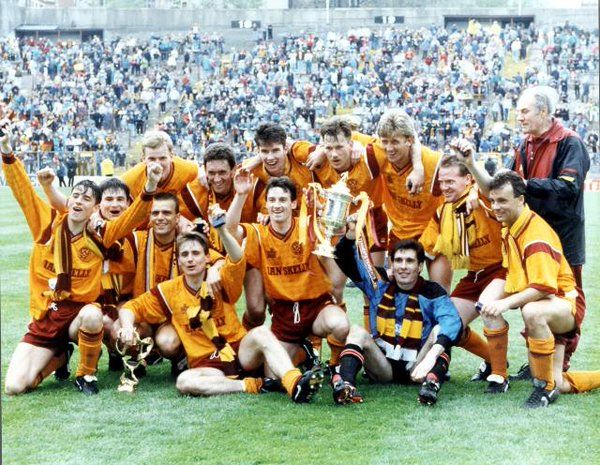 Watt's contribution merely underlined the cost of his absence for the last month and the recovery offered fleeting hope of a glorious triumph.

Graham Alexander heaped praise on his players after the match.  "Absolutely brilliant" may be a bit over the top but they followed his instructions and gave their all.

Three league games remain before we say farewell to this unique season.  We can be grateful that the survival issue has been settled.  A few weeks ago it seemed that we were to be presented with a nail biting finale.  We must be grateful to have avoided that tension.

A Late Comeback Not Enough As Hibs Win After Penalties