Motherwell fans would have settled for a point ahead of the game at Easter Road and most were satisfied after a chilly 90 minutes in the capital.

That said, the away contingent were less than impressed that their side was a goal down at the break.  All that changed when Tony Watt's shot found the net off the post on the hour. 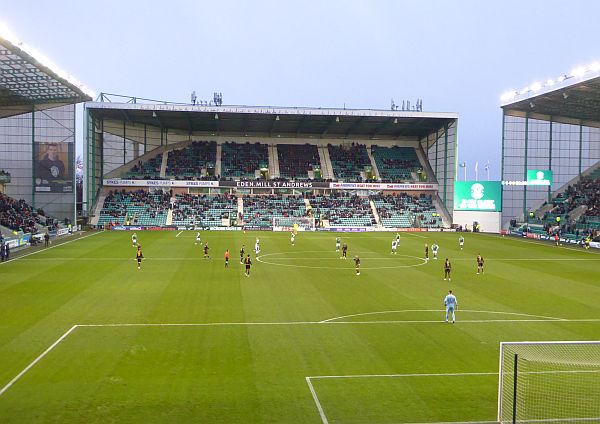 Both goals came against the flow of the game.  Hibs were fortunate not to concede in the first half while Liam Kelly and his defenders were kept busy in the second period.

Ricki Lamie's excellent partnership with Bevis Mugabi ended when the number 4 was forced to leave  the pitch with twenty minutes remaining.   Jake Carroll joined the fray and played his part as the 'Well back line coped with the late surge from the home team.

Dean Cornelius was given his first league start and the 20 year old midfielder made a lively contribution throughout the match.  He came close to a dream opener but a good stop from Matt Macey kept him off the score sheet.  His combination with Callum Slattery and Sean Goss suggests that we will see more of him this season.

Results elsewhere did Motherwell's league position no harm.  Indeed, had Celtic managed one more goal against Dundee United Graham Alexander's troops would be in fourth place.

A tough journey to Parkhead looms next Sunday.  Motherwell will keep to the tried and tested formula and have a go.  Good luck!