There was no on field action for Motherwell in June but two new strips, a new signing and a new pitch provided off field interest.

As the month draws to an end the club unveiled the away strip that will feature in the new season. The vertical claret and amber stripes on a white background is paired with white shorts.  It is a beauty from Marcron and is available from the club shop. 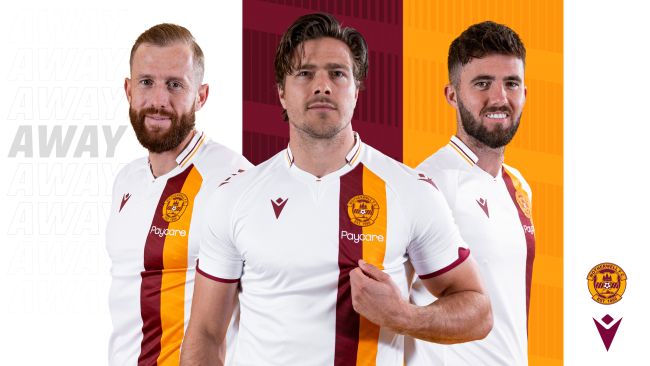 Thanks to MFC for the picture

The home strip was launched at the end of May is already on show around the town.

The playing surface has been seeded and sewn with 95% natural and 5% synthetic.  The expectation is for a pitch that is more hard wearing, faster at recovering and  less expensive to maintain.

A pre-season friendly will kick off on Saturday 16 July at 3pm as the squad visits Partick Thistle. The following week Fir Park will host the second qualifying round of the Europa Conference League when either Bala Town or Sligo Rovers will provide the opposition. Their first round qualifier will be played on July 7/14.  The SPFL league campaign starts on the last weekend of July. 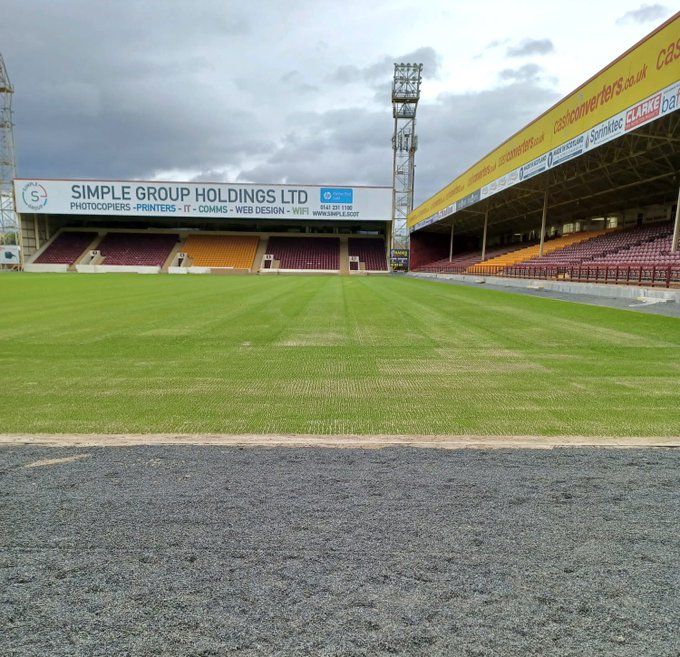