After our winning run came to an end with a dismal performance against Rangers last week, Stephen Robinson and the squad were charged with bouncing back at Kilmarnock - and did just that with result and performance.

While Kilmarnock's attempts to chase the game produced enough chances that a draw would not have been unfair, they made absolutely nothing with the scores level. To go away to a top six side and look so secure for 70 minutes is superb. 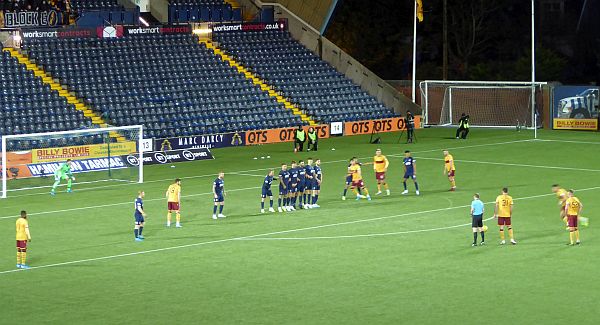 There weren't many chances but Alan Campbell, Jermaine Hylton and James Scott all had sights of goal even before Jake Carroll found the net.

Our reward is a massive lead over both Hibs and Kilmarnock with an additional perk being a return to third due to Celtic edging out Aberdeen. We may not hold on to that spot for long but a top five finish now looks, if not inevitable, then highly likely.

Robinson mentioned in his pre-match press conference that we were already looking towards next season. The budgetary certainty provided by finishing in the top six will only help in that regard.

But before next season comes into focus we first have the rest of this season to enjoy. A race for Europe and a potential cup run await.