Graham Alexander made no excuses for the Rugby Park drubbing.  No intensity, no win.

There was no attempt by the manager to avoid the unpleasant truth.  His team fell well short of the expected standard and conceded four goals to the team at the bottom of the league – and not for the first time.  Four were lost to Hamilton a month ago. 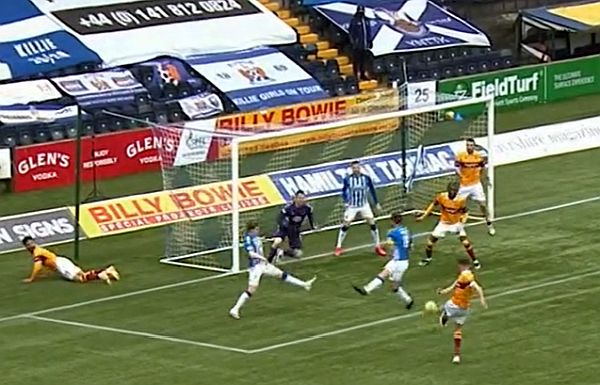 Barry Maguire scores his first of the season

The gap over the bottom three has been reduced but there remains a six point advantage over Ross County in 10th place.  Work remains to be done to ensure safety.

The squad will have plenty of time to reflect on their failings before the league season resumes for the post-split section on 10 April.  In the interim comes a round of international fixtures followed by a Scottish Cup weekend.

Declan Gallagher and Stephen O'Donnell will join the Scotland squad but the majority will mix rest and training.

Formartine United and Annan Athletic will settle their second round tie on Tuesday* and plans can then be laid for the start of a cup run.