Motherwell will start this season's League Cup campaign at the knockout stage at the end of November. 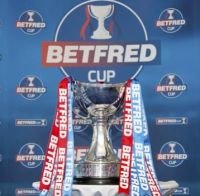 All senior clubs have accepted the invitation to participate in the competition that ends with the final at Hampden on Sunday 28 February.

As usual there will be an exemption from the group stage for teams involved in European competition.

The dates thereafter are

Our involvement with the Betrfed Cup last season ended at the first knockout round with a home loss to Hearts.