Had Motherwell scored in added time it would have been a travesty. Stephen Robinson made no attempt to hide from his team’s awful performance against Livingston.

As ‘Well fans trudged away from Almondvale Robinson engaged in the routine round of post-match interviews.  He spoke to MFC TV and the BBC before giving a more extended analysis of the afternoon’s dismal performance. 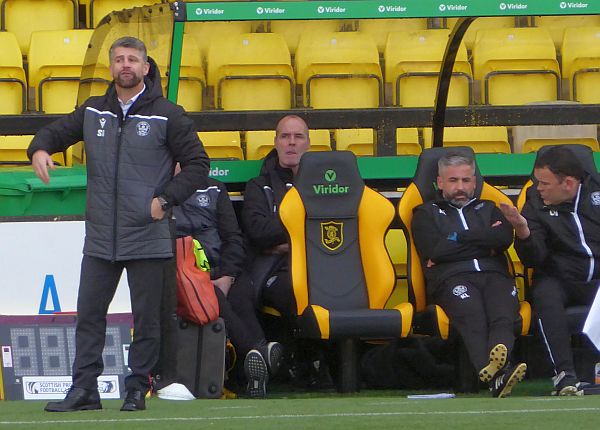 The manager was given an opportunity for some positive chat when questioned about Mark Gillespie but sadness, frustration and brutal honesty characterised his minutes in front of the press pack.

The eleven in the classy white strip looked like strangers to each other.  There was no cohesion, no semblance of coordination and very little football on show.  Passing was poor, pressing was weak and we were reduced to hopeful long balls that were eagerly taken by the Livingston defence.   Robinson said we were bullied all over the park and unable to respond.

We were unrecognisable as a team holding third place in the league.

It will be a huge achievement for both the back room staff and the players if they can offer some organised resistance to Celtic on Wednesday.  The manager indicated that both of the new recruits would play some part in Wednesday’s game - “I hope they’re still here and have not left after seeing that performance”.