Motherwell did well to take the points from a ground that has not yielded much in recent years.

The last time a Fir Park side took three points from Almondvale was in 2006.  There's no doubt that this Motherwell team deserved the win. 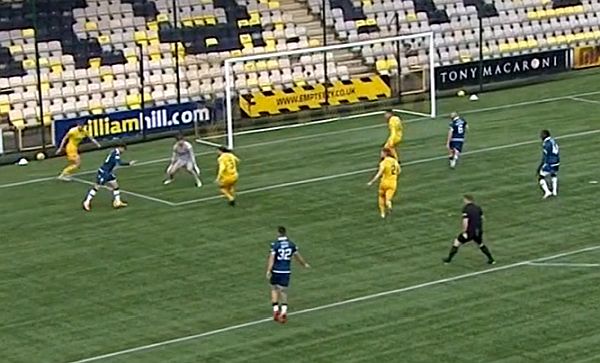 It began with a correct decision after the toss.  Declan Gallagher choose to switch ends and give his side the early benefit of the strong wing that was to blow from start to finish. We made the best of the advantage.

The gale added a random element to the game and safety first became the guiding principle.  The ball spent a lot of time in the air but more often than not, at least in the first period, it was collected by a player in the blue away strip.

Two strikers scored and our new ‘keeper had a clean sheet.  The forced alterations to our defence created enough of a barrier to prevent the home attack having clear scoring opportunities.  The squad are entitled to a few rest days to enjoy the win.

The manager in his post-match interview expressed his delight at the result and the performance especially given the stormy condition and the poor surface.  He praised Declan Gallagher and Mark O’Hara for coping with the aerial threat offered by Livingston and talked of the quality at the sharp end for delivering the goals.

Devante Cole was withdrawn at half-time as a precaution and Callum Lang twisted an ankle in the second half but overall confidence in the squad is building.

A Sunday lunchtime clash with Celtic will be the focus of this week’s preparations.

Motherwell Survive the Storm to Take the Points in Livingston