After a three week gap league football returns when Motherwell and St Mirren meet at Fir Park on Saturday.

The aim for both teams will be to finish the campaign in seventh place as 'best of the rest'.  St Mirren came within minutes of snatching a top six berth but were denied by a late goal when they faced Hamilton.  Revenge was extracted when the Accies were ejected from the Scottish Cup last weekend. 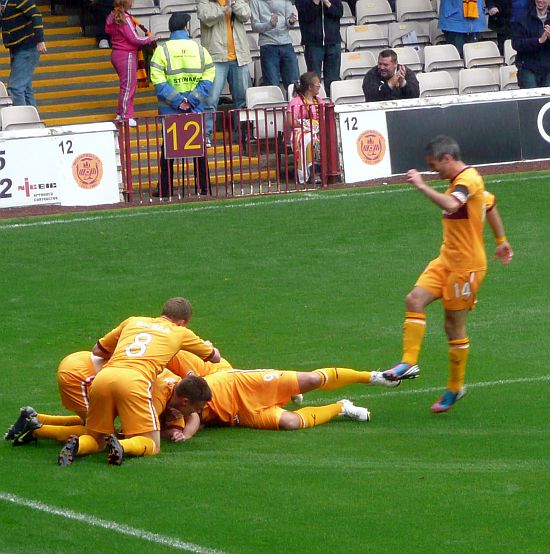 St Mirren hold a five point advantage over Motherwell but with five games remaining there remains every possibility of movement.

Previous meetings this season have demonstrated that there is little between the teams.  The visitors took the points after a 1-0 win at Fir Park in December but Motherwell earned a couple of points in Paisley with draws in January and February.

A home win would go a long way to securing Motherwell's league status and provide a platform for a strong finish to an indifferent season.  The five goals and four scorers in the weekend's cup win suggest that there will be no need to change the starting eleven.  Tony Watt can be given plenty time to recover from the injury that kept him out against Formartine United.

Another close encounter can be expected but the home side need the win so there may be a 2-1 triumph for the Mighty ‘Well.