Motherwell hope to get back to action on Saturday with a visit from Ross County.

Stephen Robinson’s men had their last two fixtures cancelled as the virus hit the squads of Kilmarnock and St Mirren.

The manager expressed some concern last week that some of his players might not be at their best following an intense workout while on international duty but now the concern might be that the majority of the squad will have lost some edge after a month without a competitive match. 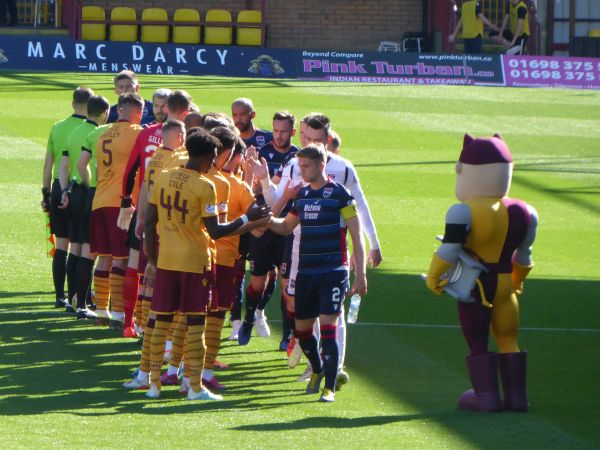 None of this on Saturday

Bevis Mugabi will be absent as he recovers from a dislocated shoulder forcing a restructuring of the back line.  There are no further injuries reported.

Ross County took the points when the teams met on the opening day of the season.  That game revolved around two penalties.  Ross Stewart scored and Liam Donnelly did not.

The visitors will have to adjust for the suspension of Connor Randall following his red card in the goalless meeting with Hibs.  That dismissal was the third issued to County; Iain Vigurs and Carl Tremarco the other offenders.

Jermaine Hylton switched camps at the start of October but he has yet to start a league game for Stuart Kettlewell.  ‘Well fans will have a particular interest in his possible return to the Fir Park turf.

Motherwell trail Ross County by three points but have two games in hand.  A 2-0 home win will have us close on their heels.