Motherwell will entertain Celtic at Fir Park on Wednesday evening.  In theory a clash of third against first should be a tight affair but the gulf between the teams suggests otherwise.

The visitors have a huge squad packed with big names that have kept their side on the top of the Scottish game for years.   The teams last met at Fir Park in August when Celtic romped to a 5-2 win and Motherwell’s last home triumph over the Glasgow side was seven years ago.  It is hardly a surprise to see that an away win is odds on. 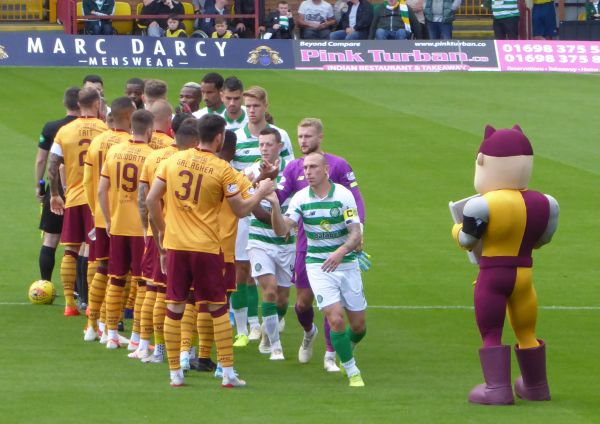 Our Lanarkshire neighbours offered some resistance to Neil Lennon’s team on Sunday but despite conceding first the points went to Parkhead.  A couple of goals from Odsonne Edouard and contributions from Christopher Jullien and James Forrest delivered a fifth straight league win.  No doubt Peter Hartley and Declan Gallagher watched with interest!

Stephen Robinson and Keith Lasley have to work some psychological magic to bring life to the dejected Motherwell squad after their dismantling at Livingston on Saturday.  We will know soon after kick-off if mental strategy of putting the defeat in a box, as espoused by the manager after the game, bears fruit.

There was a suggestion that Mikael Ndjoli and Rolando Aarons will play some part in Wednesday’s match but we will have to wait for the team lines to discover if either makes a starting debut.

Fir Park under the floodlights and on TV often delivers exciting entertainment but it is likely that the visiting support will leave the stadium with the points as we suffer a 3-0 loss.

Remember the last visit of Celtic?