Next up - Celtic at Fir Park

Motherwell take on Celtic at Fir Park on Saturday.  Can the Steelmen send their fans home happy?

In a reversal of the usual rankings the visitors are a couple of places below the Mighty 'Well and Graham Alexander will be keen to ensure the gap remains.  That such a circumstance has arisen after eight rounds of the Premiership is a tribute to Motherwell’s new found ability to fashion a positive outcome and to Celtic’s stuttering start.

This will be a first visit to Motherwell for Ange Postecoglou and he can be assured of meeting stiff opposition.  He will hope the recent win at Pittodrie that ended the long list of failures on the road can inspire his players but his team are well short of their best.

Both sides had players seconded to national squads but Motherwell’s trio (Liam Kelly, Stephen O’Donnell and Juhani Ojala) had their roles limited to the substitutes’ bench.  The two week break may have afforded Sondre Solholm enough recovery time to be considered for a second outing in claret and amber.

Tony Watt will enjoy the battle against one of his former clubs and his partnership with Kevin Van Veen and Kaiyne Woolery in attack will strive for the goals that will lift the roof of the old stadium. 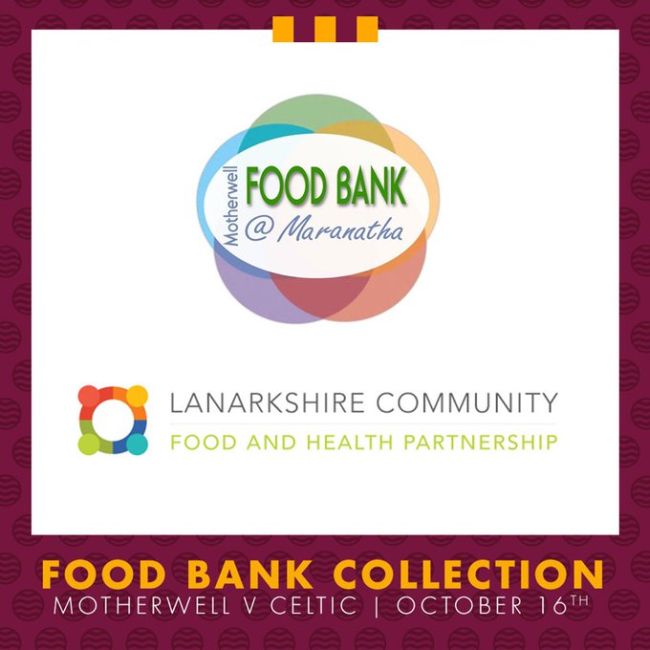 One guaranteed beneficiary of Saturday afternoon's activities will be the local food bank.  In conjunction with the Lanarkshire Community Food and Health Partnership a collection of basic foosdstuffs, cleaning materials and toiletries will be made before the match.  Supporters of both teams are encouraged to donate.

It’s been too long since Motherwell fans left Fir Park in high spirits after a match with Celtic.  The odds are against but a draw will keep the gap, 2-2.

Remember the last visit of Celtic?