Next up - Hearts at Fir Park

Motherwell entertain Hearts at Fir Park on Wednesday knowing that a win will likely deliver a place in the European Conference League.

Kevin Van Veen's penalty in Dingwall gave the Steelmen a leg up in the three horse race for the two qualification spots but work remains to be done before passport checks are needed. 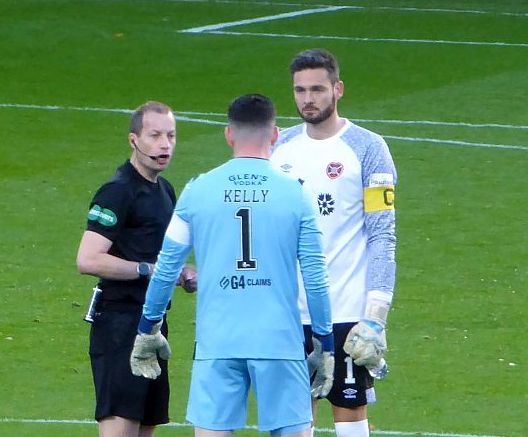 'Well fans would have been delighted with a top six finish had it been offered in July but with the haul of points in the bag by December the prospect of a jaunt to foreign climes seemed a possibility. Despite a horrible run of form the unexpected prize is still there for the taking.

Connor Shields and Ricki Lamie scored the goals in the 2-0 home win when the teams met at Fir Park in November but Hearts won with the same score in both Tynecastle clashes.

Motherwell's squad had been weakened by illness ahead of Saturday's match in Dingwall but despite that three points returned to Lanarkshire.  That success will have lifted spirits inside Fir Park.

Hearts league endeavours have already ensured third place but they have the cup final yet to come.  It's inevitable that Robbie Neilson will have the Hampden game in mind when he selects his team for Wednesday.  He will need to balance the protection of key assets against the opportunity to give emerging talent first team game time.

This game must matter more to Motherwell than the visitors.  Graham Alexander's team has been criticised its style this season but the effort and determination has never been in doubt.  That strength of character may make the difference and the home support may be able to celebrate a 2-1 win.

Remember the last visit of Hearts.