Motherwell will welcome Livingston to Fir Park on Saturday for the penultimate fixture before the league split.

If the upbeat reaction to Motherwell's win at Easter Road last week is to be more than an isolated moment of good cheer in an otherwise poor spell then a decent performance and a further three points are required. 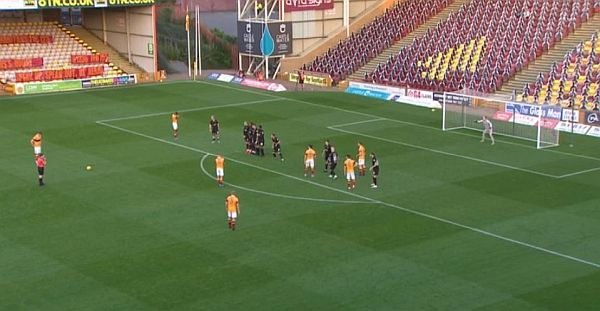 The players' pride in that win was evident and justified.  They had responded in the best possible way following the February dip.  All three strikers played a part in both goals and the whole team then managed the game and were rewarded with a clean sheet.

Declan Gallagher was able to make a twenty minute return and, assuming no ill effect, it would not be a surprise to see him restored to the starting eleven.  Otherwise we can expect a declaration of faith in last week's winners.

Livingston have had a busy week.  They lost the League Cup final to St Johnstone on Sunday and then, after stubborn resistance, to Rangers on Wednesday.

David Martindale has seen his team produce one draw and four defeats from the last five outings.  Livi managed only two goals in those 540 minutes and one those was a donation from the opposition.  His team enjoyed a fabulous run through the worst of the winter but that has now screeched to a stop.

Momentum seems to be with the hosts and there is every reason to expect the second home win of the year, 2-0.