Motherwell have another chance to end the growing winless run on Wednesday when Ross County come to Fir Park.

Neither team was able to reach the cup quarter finals and so the weekend would be devoted to preparation to this league fixture.  The two earlier meetings between the teams resulted in 2-1 wins for the away side, the latest came on Boxing Day when Ross MacIver and Declan Gallagher scored late goals in Dingwall. 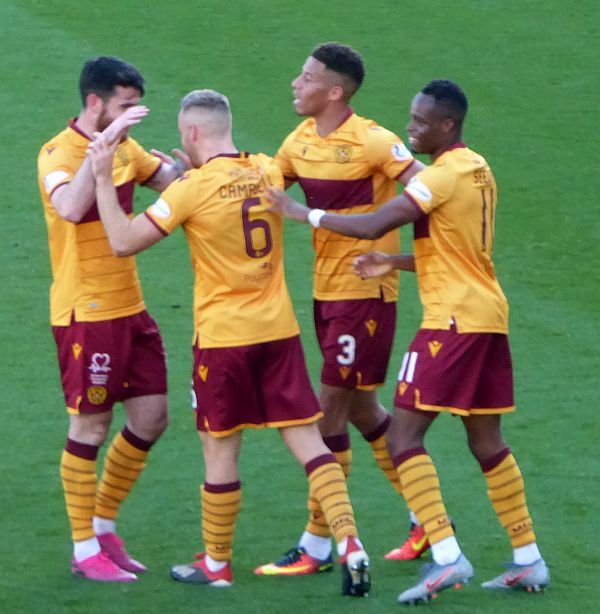 Billy Mckay has had a fine spell of late. The striker is credited with all five of the goals County have scored in their last four outings.  The seven points earned delivered wins over Aberdeen and Livingston and a draw against St Johnstone to move them eight points clear of Hamilton in the play-off place.

The visitors have some momentum, an ally that is sadly missing from Stephen Robinson’s team.  Motherwell have had an awful start to the year.   Had current form been evident in the first half of the season we would be at the heart of the relegation struggle. Instead, thanks to the faltering of the chasing pack, Motherwell remain in third place and a point ahead of Aberdeen.

Liam Donnelly is suspended and Jake Carroll begins the long way back from the Achilles injury he sustained a fortnight ago.  Chris Long will be available having served the one match ban that followed his red card at New Douglas Park.  David Turnbull will be hoping for more on-field minutes as he builds on the twenty against St Mirren last week.

‘Well fans have had to endure too long without a home win.  The drought should end on Wednesday if we can contain McKay.  Let’s have some cheer with a 2-0 success.