Next up - Ross County at Fir Park

Ross County will provide the opposition to high flying Motherwell at Fir Park on Saturday.  Can the ‘Well extend the unbeaten run?

Boosted by what many regarded as an unlikely point at Ibrox last week the level of self-belief in Graham Alexander’s squad remains high.  The haul of ten points from a possible twelve has installed Motherwell in fourth place in the league table. 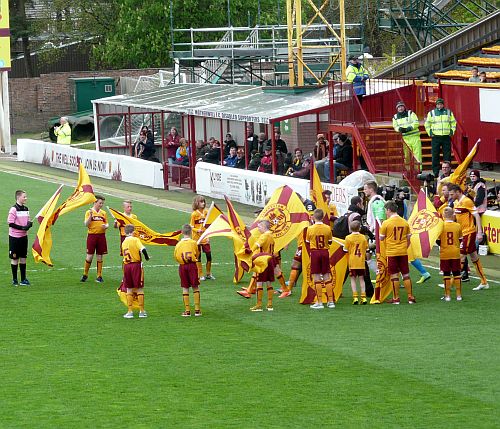 The manager is in the happy position of having competition for starting places all over the pitch.  That translates into strong options on the bench with the ability to make tactical changes should the need arise.

The centre back pairings offer an illustration of the flexibility in the squad.  Any two from Juhani Ojala, Bevis Mugabi, Solholm Johansen and Ricki Lamie seem able to form an effective partnership in from to rock steady Liam Kelly.  Defensive possibilities will increase this weekend now that Jake Carroll has served his two match suspension.

The visitors (whisper it) are yet to record a league win and currently share the basement with Dundee.  In fairness to the Highlanders it has to be noted that their three draws are the product of a very tough opening run.  They have faced St Johnstone, Hibs, Rangers, Aberdeen, Celtic and Hearts and now come to Fir Park.

Malky Mackay has kept up a positive stream of chatter in the media as he puts a positive spin on his team’s performances.  The Inverness Courier talks of him being convinced that a win is just around the corner, “I would hope a win isn’t far away. We’ve had a real run against the top clubs, but we’re in games right to the end. I’m seeing signs. If we keep playing like that, we’ll be fine.”

Motherwell are the team in form and are favourites to win the game.  The risk will come as much from the possibility of complacency as from the opposition.  If that can be overcome then three points will follow a 2-0 win.